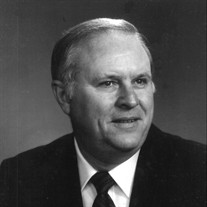 Alfred Edwin Wright’s mortal life ended the morning of November 22, 2020. He stands now for judgment before the Eternal Throne of God to beg forgiveness and to offer his gratitude for 90 years of life richly blessed. Due to the Covid pandemic, a Zoom service will be announced at a later date. Alfred was born January 1, 1930 in St. Joseph’s Hospital, Fort Worth, Texas to Alfred Odis Wright and Rena Smith Wright of that city. His early years were clothed in the security and love of a strong and steadfast family. Following high school graduation, Alfred attended Texas Christian University in Fort Worth where he met and, after 4 ½ years of courtship, married that gentle child of God who graced and fulfilled his life for 59 years: Barbara Ann Lotspeich. While at Texas Christian University, he earned a Bachelor of Arts degree in 1953 and a Master of Arts degree in 1955. Some eight years later, he earned a Bachelor of Laws degree from St. Mary’s University in San Antonio, Texas. Alfred began his professional career as a petroleum geologist in 1955 in the employ of the Humble Oil & Refining Company. He interrupted his career in 1961 to attend law school and to practice law for a short time. In 1965 he was reemployed by Humble Oil & Refining Company and remained with that company and its successor, Exxon Company, USA, until his retirement in 1986. In retirement, he continued his long-time study of the Geology of East Texas, and in addition, developed an interest in writing. His joy in writing led him into poetry, children’s stories, and book length fiction. One novel was subsequently published, and two remain in manuscript form. Many of his poems were written for and to his beloved wife Barbara, in a heartfelt effort to express the depth of his love for her. Alfred professed his acceptance of Jesus Christ as his Lord and Savior in late childhood/early adolescence. His service to his God in the Presbyterian Church USA included serving as deacon, elder, teacher, service on local and Presbytery committees, and as moderator of Grace Presbytery. Alfred was preceded in death by his beloved Barbara; his parents, Alfred Odis and Rena Smith Wright; his brother, Malcolm Wright; and his daughter, Lisa Jean Wright; as well as many old and dear friends. He is survived by sons: George Alfred Wright II and James Benjamin Wright; daughters: Lori Jane Wright, Roslyn Kay Wright, and Andressa Nassar Wright; grandchildren: Travis George Wright, Daniel Alfred Wright, James Paul Wright, Loren Ann Burns, and Jourdan Kay Holder: and great-grandchildren: Blair Mellise Wright, Harlow Noel Wright, Taylor Loren Burns, Taryn Blundell Burns, Wilder Travis Wright, and Isaac Alfred Wright. If desired, tributes in lieu of flowers may be made to Memorial Fund of First Presbyterian Church of Tyler, 230 W. Rusk St., Tyler, Texas 75701 and to The Hospice of East Texas Foundation, 4111 University Blvd., Tyler, Texas 75701.

Alfred Edwin Wright&#8217;s mortal life ended the morning of November 22, 2020. He stands now for judgment before the Eternal Throne of God to beg forgiveness and to offer his gratitude for 90 years of life richly blessed. Due to the Covid... View Obituary & Service Information

The family of Alfred Edwin Wright created this Life Tributes page to make it easy to share your memories.

Send flowers to the Wright family.