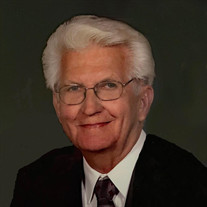 Services for Benny Joe Walston, 83, of Whitehouse will be held on Thursday, April 21, 2022 at 2:00 p.m. at Mt. Carmel Baptist Church in Whitehouse with Pastor Charles Hill officiating. Burial will follow at Walnut Grove Cemetery in Whitehouse under the direction of Stewart Family Funeral Home. Mr. Walston passed away Saturday, April 16, 2022 in Whitehouse. He was born December 7, 1938, in Oakwood to Bud and Mollie Walston. Benny grew up near Oakwood and graduated from Woodhouse High School. He married Martha, his wife of 60 years on October 6, 1961. He was drafted into the U.S. Army a few short weeks later and the couple moved to Ft. Bliss near El Paso. After two years of active duty, Benny moved back to East Texas, eventually Whitehouse. He was a letter carrier for the USPS in Tyler, retiring after 30 years of service. Benny became interested in horse drawn carriages and spent several years traveling to Indiana visiting the Amish communities where these carriages were made. He soon had a barn full of horses and carriages which he used at weddings and other events. After retirement, Benny enjoyed traveling with family and friends, but most of all, loved spending time with his five grandchildren. He was a member of Mt. Carmel Baptist Church in Whitehouse. Benny was preceded in death by his parents and sister, Joy Thompson. He is survived by his loving family including wife, Martha; son, Barry Walston and wife Regina of Forney; daughter, Lora Hall and husband Steven of Bullard; and five grandchildren, Drew Walston, Brendan Walston, Kelsey Hall, Caleb Hall and Abby Hall. He is also survived by his brother, Bill Walston and wife Shirley of Whitehouse. Pallbearers will be Drew Walston, Brendan Walston, Caleb Hall, Junior Thompson, Patrick Walston and Darryl Sturrock. Honorary pallbearers will be Ellis Keel, Sam Fazel, Danny Zipps and Larry Henderson. Visitation is scheduled from 1:00 – 2:00 p.m. on Thursday, April 21, 2022 at Mt. Carmel Baptist Church, 10519 FM 344 in Whitehouse.

Services for Benny Joe Walston, 83, of Whitehouse will be held on Thursday, April 21, 2022 at 2:00 p.m. at Mt. Carmel Baptist Church in Whitehouse with Pastor Charles Hill officiating. Burial will follow at Walnut Grove Cemetery in Whitehouse... View Obituary & Service Information

The family of Benny Joe Walston created this Life Tributes page to make it easy to share your memories.

Services for Benny Joe Walston, 83, of Whitehouse will be held...

Send flowers to the Walston family.