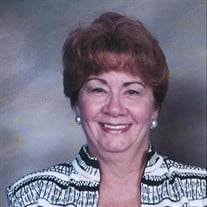 Bettie Smith Desha passed away quietly on Friday, May 28, 2021, after valiantly fighting breast cancer for fifteen years. She was preceded in death by her sister Margaret North, and brother Jack King (wife Ruth Ann). She is survived by her... View Obituary & Service Information

The family of Bettie J. Smith-Desha created this Life Tributes page to make it easy to share your memories.

Send flowers to the Smith-Desha family.