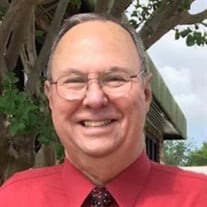 Memorial services for Charles Edward Ryan, 76, of Flint will be held on Saturday, December 4, 2021 at 2:00 p.m. at Stewart Family Funeral Home with Pastor Jason Harris officiating. Mr. Ryan passed away Sunday, November 28, 2021 in Tyler. He was born June 27, 1945 in Palestine to Edward and Ruby Mitchell Ryan. Charles cherished his time with his family. From the word go he was dad, a coach, the family mechanic, and the one person in the neighborhood you could count on to treat every kid that entered his house like they were his own. He enjoyed playing games, hunting, fishing, trying to dance, and eating out. His true heart was found through supporting and encouraging his grandchildren. Whether it was softball, basketball, recital, and everything in-between, you could be assured he was cheering you on and ready to go eat whenever the event concluded. Charles was preceded in death by his parents, Edward and Ruby Ryan; his brother, Denis Ryan; and his sister, Ellen Kimbrough. He is survived by his loving family including his brother, Bill and wife Sally Ryan; son, Douglas and husband Andy Ryan; son, Todd Ryan; daughters, Rachelle Selvidge, Cheryl Lynn Craig, and Jennifer and husband Jerry Fleming; grandchildren, Jace and Allie Ryan, Chance and his wife Stacey Selvidge, Colton Selvidge, Lauren and husband Lane Freeman, Bailee Fleming, and Lacy Lee Craig. Also survived by numerous nieces, nephews, and all those who Charles treated as his own. Honorary Pallbearers are Rick Ryan, Jerry Fleming, Chris Kimbrough, Jace Ryan, Chance Selvidge, Colton Selvidge, and Lane Freeman. Visitation is scheduled from 1:00 –2:00 p.m. on Saturday, December 4, 2021 at Stewart Family Funeral Home, 7525 Old Jacksonville Highway in Tyler. If desired, memorials may be made to Hospice of East Texas at 4111 University Blvd., Tyler, TX 75701 or Texas Oncology Tyler at 910 East Houston St. Suite 100 Tyler, TX 75702.

The family of Charles Edward Ryan created this Life Tributes page to make it easy to share your memories.

Memorial services for Charles Edward Ryan, 76, of Flint will...

Send flowers to the Ryan family.