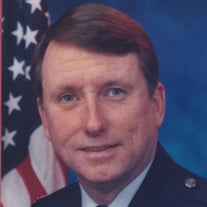 Court was born in Riverside, California and spent his youth in Southern California and Phoenix. He attended The Webb School in Claremont, California and continued his education at Cornell University and the University of Pennsylvania Wharton Business School. He earned a Master of Economics degree. After college he went to Vance AFB, Oklahoma for pilot training in T-37 and T-38 aircraft. Then he was assigned to McConnell AFB, Kansas for gunnery school and checkout in the F-105. While stationed in Kansas, he visited friends in Dallas who introduced him to future wife, Linda Goss. A combat assignment to Takhli RTAFB, Thailand started in 1968. He flew over 100 missions in Southeast Asia followed by an assignment to the D.O.D. Language School where he became fluent in Spanish resulting in an assignment to Howard AFB, Panama Canal Zone. There he flew A-37 aircraft and made many life-long friends. After separating from the USAF, Court toured Central and South America and finally returned to Dallas to claim Linda and resume flying with the Air Force Reserves at Carswell AFB, Ft. Worth, Texas. At Carswell he would be flying F-105 T-Stick II aircraft until the eventual transition to F-4’s. Court was promoted to fighter squadron commander and eventually retired from the Air Force at the rank of full colonel while working at the Pentagon. He and Linda initially lived in Dallas while he was participating in the Reserves and working in the securities business at Blythe Eastman Dillon. They moved to Albuquerque, New Mexico and eventually to Tyler where Court continued with his own private securities and investing business. Ben Hazelton, his father, along with Fran Hazelton, his mother, and Ben Hazelton Jr., his brother and his wife, Gina predeceased him. Court is survived by his wife of 48 years, Linda, and a brother, John Hazelton and his wife, Subie, of Dallas. Other survivors are John Hazelton, Jr., Dallas; Taylor Rachael, Alexandria, Virginia; Mike Hazelton, Phoenix, Arizona; Kevin Hazelton, Phoenix, Arizona; Chris Hazelton, Harrison, New York; Elizabeth Pearce, Corte Madera, California; Megan French, Moreno Valley, California; and a sister-in-law, Irene Werner and her husband, Robert, and their daughter, Hannah, of Boston, Massachusetts. Court enjoyed a variety of interests including hiking, skiing, and chasing trout in the American West, attending opera performances, studying history and spending time in the company of family and friends, including four-footed companions, Oreo, Ruby, Sammy and Oso Negro. While in Albuquerque, he served on the board of the Foundation of the Albuquerque Art and History Museum. Court continued his life-long interest in aviation as a member of The Historic Aviation Museum in Tyler and association with fellow aviators. Some lines from the poem High Flight by John G. Magee, Jr. describe Court’s passion: Oh! I have slipped the surly bonds of earth And danced the skies on laughter-silvered wings; … Up, up the long delirious burning blue I’ve topped the wind-swept heights with easy grace Where never lark, or ever eagle flew- … I’ve trod the high untrespassed sanctity of space, Put out my hand, and touched the face of God. Court made his final flight Friday, January 29, 2021. A memorial service will be held at a later time in Phoenix, Arizona.

The family of Courtlan Crooks Hazelton created this Life Tributes page to make it easy to share your memories.

Court was born in Riverside, California and spent his youth in...