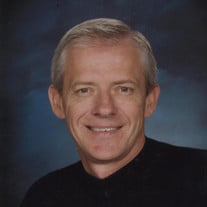 Danny Lee Burks, 66, went to be with his Lord and Savior on January 21st, 2021 after fighting a courageous battle with cancer for over two years. He was born May 1st, 1954 in Corpus Christi, Texas to Wiley and Dera Mae Burks. Danny was known for his natural leadership that was first showcased when he was named the drum major of his high school band at Calallen High School where he graduated in 1972. After high school he was ordained in the ministry at Forest Park Baptist Church in 1976. He proudly served in numerous ministerial roles at the following churches: • First Baptist Church South Houston, Texas 1977-1986 • Northway Baptist Church in Angleton, Texas 1986-1993 • First Baptist Church in Corpus Christi, Texas 1994-1996 • Colonial Hills Baptist Church in Tyler, Texas 1996-2002 Danny was a lifelong learner and highly valued education. He earned his Bachelor’s Degree in 1991 from Liberty University and a Master’s Degree from Southwestern Baptist Theological Seminary in 1994. After a lengthy career in vocational ministry, Danny decided to pursue a career in Real Estate and established The Burks Team in 2002. Over the course of the last 19 years, he has successfully led The Burks Team to over 5,000 homes sold in the East Texas area. In 2009, Danny established Crosspointe Management Group that now manages over 700 properties. Danny has left a legacy of financial integrity and hard work with the employees he has managed and the countless professionals he has mentored. In 2019, Danny received the prestigious Circle of Legends Award from RE/MAX that has been awarded to less than 1,000 Real Estate professionals globally. He co-hosted Tyler House Hunters Radio Show every week for 10 years and thoroughly loved connecting with the audience through that medium. Danny was preceded in death by his father, Wiley Burks. He is survived by loving family, including his mother, Dera Mae of Boerne, Texas; his brothers and their wives, Rickey and Sharon Burks of Boerne, Texas and Terry and J’Lynn Burks of Montgomery, Texas. He is also survived by his loving and faithful wife of 42 years, Rebecca; and their three sons and daughters-in-law all of Tyler, Texas, Ben and Keely Burks, Zach and Michaela Burks, and Aaron and Jade Burks. Danny was most proud of his six precious grandchildren that called him Paw Paw: Braelyn, Harper, Everett, Reagan, Brooks, and Miles Burks. He will also be missed by a host of extended family and friends. Danny was a family man in every sense of the word, taking any opportunity to brag on his kids and grandkids. His proudest moments included baptizing and marrying all three of his sons. The legacy of faith, family, generosity, and hard work that Danny leaves behind is carried on through each of his boys. Danny was an avid poker player, Houston Astros fan, and real estate investor. He and Rebecca have traveled the world and have enjoyed 43 cruises in their 42 years of marriage. The family requests in lieu of flowers, any donations be sent to the Mission Fund at Grace Community Church, 3215 Old Jacksonville Rd, Tyler, TX 75701, where Danny was a member. Visitation will be held at Stewart Funeral Home on Sunday January 24th 5:00-7:00. The funeral service will be held at Grace Community Church on Old Jacksonville on Monday, January 25th at 2:00. A virtual option is available starting at 1:30 at http://yourstreamlive.com/private_event_login.php?event_id=1754567. Enter password: dannyburks

Danny Lee Burks, 66, went to be with his Lord and Savior on January 21st, 2021 after fighting a courageous battle with cancer for over two years. He was born May 1st, 1954 in Corpus Christi, Texas to Wiley and Dera Mae Burks. Danny was known... View Obituary & Service Information

The family of Danny Lee Burks created this Life Tributes page to make it easy to share your memories.

Danny Lee Burks, 66, went to be with his Lord and Savior on January...

Send flowers to the Burks family.