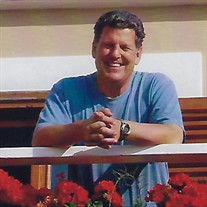 Lt. Colonel Donald B. Beverley passed away on Tuesday, September 21, 2021, in Tyler, TX. Don was born June 26, 1948, in Chicago, IL to the late Donald and Dorothy (nee Maher) Beverley. Don is survived by his loving and cherished wife, Kathy Beverley; his children, Allison Beverley, Adam (Michelle) Beverley; and grandchildren; Michael, Benjamin, Hannah, and Samantha. Don is also survived by his siblings, Kathy (Russ) Stange, Carol (Dennis) Blackwell, Timothy Beverley, Terry (Cindy) Beverley and Mary (Jason) Vander Vorste; brother-in-law, Ray (Sheri) Embro; and numerous nieces and nephews. Don enlisted in the USAF in 1969. During his career, Don served as a FB-111A Pilot/Navigator under the Strategic Air Command in the 4007th CCTS. Don later headed the Defense Mapping Agency at the Pentagon. Don was a recipient of numerous meritorious service medals and accommodations. While serving in the USAF Don continued his academic career earning two master’s degrees, one in Mathematics and one in Computer Science. After 26 years of service to his country Don retired and dedicated his time to many charities and service organizations including The Salvation Army, Parents Anonymous, Literary Council and the Historical Aviation Museum. Don also held the title of Board Member of many organizations. Upon retirement from the USAF, Don began his professional career as a Residential Property Developer and Real Estate Agent. Don and Kathy started their own business as residential and commercial property owners and managers where Don took great pride in renovating properties. Don’s biggest enjoyment was spending time with the love of his life, Kathy, his children, grandchildren, and family. Don loved animals, especially his precious dog Cooper. Don had a passion for travel and was always ready for the next adventure with Kathy. Our hearts are broken, but we will carry Don’s mission of love, humility and charity forward in his honor. In lieu of flowers please donate to Patriot Paws, 254 Ranch Trail, Rockwall, TX 75032, or a charity of your choice in his honor. A Celebration of Life for Lt. Colonel Donald Brent Beverley, 73, of Fate will be held on Saturday, October 23, 2021 at 11:00am at The Yacht Club, 501 Yacht Club Drive, Rockwall, TX 75032.

Lt. Colonel Donald B. Beverley passed away on Tuesday, September 21, 2021, in Tyler, TX. Don was born June 26, 1948, in Chicago, IL to the late Donald and Dorothy (nee Maher) Beverley. Don is survived by his loving and cherished wife, Kathy... View Obituary & Service Information

The family of Donald Brent Beverley created this Life Tributes page to make it easy to share your memories.

Lt. Colonel Donald B. Beverley passed away on Tuesday, September...

Send flowers to the Beverley family.