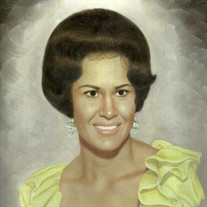 Funeral services for Dorothy “Dot” C. Tittle, of Tyler, will be held on Thursday, July 23, 2020 at 10:30 a.m. in the Stewart Family Funeral Home Chapel with Rev. Bob Green officiating. Interment will be at Rose Hill Cemetery in Tyler under the direction of Stewart Family Funeral Home. Visitation is scheduled for one hour prior to the service. Mrs. Tittle passed away Sunday, July 19, 2020 in Tyler. She was born May 3, 1935 in Scurry-Rosser to Bill Harris, Sr. and Pauline Nicholson Harris. Dot attended many schools, but finished at Wills Point High, where she left school during the spring semester to marry her husband Ira on February 7, 1953. At the time of her passing, the Tittles had been married for over 67 years. After high school and before motherhood, Dot was a legal secretary and ended her career in 1982 as a paralegal. Dot was an outstanding athlete and played in the U.S. Volleyball Association for 31 years – 17 of those years at national sites and in Mexico. Dot also enjoyed playing tennis for over 50 years. Staying in touch with her “volleyball sisters,” was a big part of her life, which she continued until her death. After retiring, she continued playing volleyball and tennis and enjoyed traveling with family and friends. She also served as a volunteer for PATH, the Salvation Army and the East Texas Crisis Center. Dot was preceded in death by her parents; her brother, Bill Harris, Jr.; her infant daughter, Teresa Christine Tittle; and her nephew, Staff Sgt. Jeremy Daniel Smith USMC. She is survived by her loving family including her best friend and beloved husband, Ira O. Tittle; daughter, Staci Lynn Porter; son-in-law, Perry Porter; granddaughters, Savanna Christine Porter, Cassidy Rose Porter, and Ashley Porter Smith; twin great-granddaughters, Aria Marie Marshall and Sophie Alice Marshall; great-grandsons, Jude Smith and Rhett Smith; as well as many close friends whom she loved dearly. In lieu of flowers, Dot’s wishes were that donations be made to your church, The Wounded Warriors Project, 4301 Fillbrook Lane, Tyler, TX 75707, or the charity of your choice.

Funeral services for Dorothy &#8220;Dot&#8221; C. Tittle, of Tyler, will be held on Thursday, July 23, 2020 at 10:30 a.m. in the Stewart Family Funeral Home Chapel with Rev. Bob Green officiating. Interment will be at Rose Hill Cemetery in... View Obituary & Service Information

The family of Dorothy "Dot" Christine Tittle created this Life Tributes page to make it easy to share your memories.

Funeral services for Dorothy “Dot” C. Tittle, of Tyler, will...

Send flowers to the Tittle family.