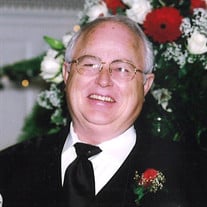 Memorial services for Doyle Campbell, 74, of Tyler will be held on Saturday, November 2nd, at 10:00 a.m. at Stewart Family Funeral Home with Pastor Cody Bishop officiating. Mr. Campbell passed away Friday, October 11th, in Tyler. He was born November 19, 1944 in Monterey, California to Gilbert Leon Campbell and Ila Novis Phillips. Doyle was a member of Green Acres Baptist Church and was the owner of local company Repco Pest Control. He served in the US Navy and was a Vietnam Veteran earning the Silver Star, Purple Heart and numerous other awards and commendations. He is known for his sense of humor and being a prankster. He had many hobbies throughout his life, including painting ceramics, drawing, performing magic tricks, collecting model ships and model race cars, but none could compare to his passion for fishing. Doyle was preceded in death by his parents; son, Gary Campbell; granddaughter, Tomi Faith Holt; sister, Betty Ward; and honorary son, Ryan Parker. He is survived by a loving (and fun-loving) family including wife of 39 years, Kelley; siblings and their spouses, LaJuana Robinson, Phil Campbell, Steve Dunagin, and Kay and Robert Kuhn; children, (each known to be Doyle’s “Favorite”), Lisa (Bobby) Ashworth, Amy (Wayne) Holt, Tony (Julie) Davis, Maegan Campbell, Michael Downs, and honorary daughter, Lindsay Parker; grandchildren, (also each his “Favorite”), Brady Ashworth, Matti, Maci and Miley Holt, Cason and Kimbree Davis, and Bailey and Haiden Downs. Visitation is scheduled for 11:00 a.m., following the memorial service on November 2nd at Stewart Family Funeral Home, 7525 Old Jacksonville Highway in Tyler.

The family of Doyle Campbell created this Life Tributes page to make it easy to share your memories.

Memorial services for Doyle Campbell, 74, of Tyler will be held...

Send flowers to the Campbell family.