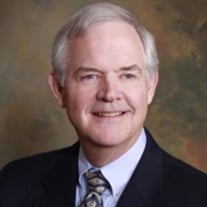 Doctor Stanton “Stan” Pyburn Champion passed away on Wednesday, December 2, 2020 in Tyler, Texas. He was born on September 23, 1944 to Eula Virginia Pyburn Champion and Lawrence Richard Champion in Waco, Texas. Stan grew up in Houston, Texas where he earned his Eagle Scout and maintained an amateur ham-radio license before graduating from Spring Branch High School. After high school, Stan attended the University of Texas at Austin and joined the Phi Delta Theta fraternity. Stan graduated from UT in 1966. He then earned his medical degree in 1970 from Southwestern Medical School in Dallas, Texas. After medical school, Stan interned in Minneapolis, Minnesota at Hennepin County General Hospital. Following his internship, Stan joined the United States Air Force, serving as a Flight Surgeon in Vietnam at Tan Son Nhut air base. During his service, he travelled to Thailand and Nepal with Ellsworth Bunker and later served in the Philippines. Stan received the Air Medal for meritorious achievements while participating in aerial flight. After the war, Stan returned to Houston where he met and married Melissa “Missy” Smith, who was his wife for 45 years. Stan completed his Urology residency at Baylor College of Medicine in Houston, Texas. In 1978, Stan and Missy moved to Tyler, Texas where Stan opened his Urology practice, serving the Tyler community for the next 37 years. Stan later served as the President of the Smith County Medical Society in 1986 and President of the Texas Urological Society from 1991-1992. He was Chief of Staff at the Medical Center Hospital from 1989-1990 and the Chair of the Interspecialty Society Committee of the Medical Association from 1996-1998. After forty-five years of practicing medicine, Stan retired from Urology Tyler in September 2015. Stan will be remembered as a kind, quick-witted, humble man. He was intellectually curious, possessing an unbounded skill to fix or fashion nearly anything. He was a master of puns. He was an avid hunter, a skilled photographer, and a lover of the outdoors. He adored his family, his friends, his colleagues, his patients, and his community. Stan is preceded in death by his parents. He is survived by his wife, Melissa “Missy” Smith Champion; his children and their spouses, Stanton Pyburn Champion Jr and wife Gwen Graziano, Austin Smith Champion and wife Skylar Sutton Champion, and Kate Champion Lynn and husband David Lynn; and four precious grandchildren, Katherine Grace Champion, John Wells Champion, Pyburn Virginia Lynn and Arthur Peter Lynn, who affectionately knew him as “Papa”. He is also survived by his brother, Lawrence Richard Champion Jr. Private family service will be held at Rose Lawn Cemetery. To honor his memory, in lieu of flowers, the family suggests that remembrance be made in his name to the Alzheimer's Association 211 Winchester Dr., Tyler, Texas 75701 and First Presbyterian Church Attn: Financial Assistant, 230 W. Rusk St., Tyler, Texas 75701.

The family of Dr. Stanton Pyburn Champion created this Life Tributes page to make it easy to share your memories.

Send flowers to the Champion family.