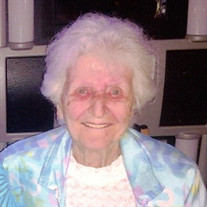 Memorial services for Frena E. Boley, 90, of Tyler will be held Monday, April 25th at 11:00 AM at Marvin United Methodist Church, 300 W. Erwin St. Tyler, TX 75702. Mrs. Boley passed away Tuesday, April 5, 2022 in Tyler. She was born February 23, 1932 in Topeka, KS to Richard and Nora Garvie. Frena was a member of Marvin United Methodist Church, the Order of the Eastern Star, the Order of the White Shrine, the Social Order of the Beauceant, The Daughters of the Nile and was an active member of Tyler Community Concert for several years. She graduated from Topeka High School, Topeka, Kansas, and afterwards attended secretary school, where she worked at a Whelan's Lumber Company in the Topeka area. Frena met Phil Boley while socializing at a Masonic event, after which they dated and then married on October 18, 1963. They moved from Topeka, Kansas to Tyler, Texas in 1972. Frena and Phil owned Images Art and Frames on East Fifth Street for several years until they retired to spend more time at home and with their grandkids. Frena was preceded in death by her husband Phillip Boley; son Clark A. Boley; brother Tracy Garvie; and parents Nora and Richard Garvie. She is survived by her loving family including her son Lance Boley; her daughter-in-law Nicole; and two grandchildren, Clark, and Carly. If desired, memorials may be made to the Knight Templar Eye Foundation in remembrance at https://www.ktef.org/donations-page

The family of Frena E. Boley created this Life Tributes page to make it easy to share your memories.

Memorial services for Frena E. Boley, 90, of Tyler will be held...

Send flowers to the Boley family.