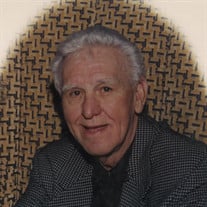 A memorial service for Gerald “Jerry” Lee Stevens, 87, of Tyler will be held on Saturday, January 16, 2021 at 5:00 p.m. with visitation following the service in the Stewart Family Funeral Home Chapel in Tyler, Texas. His son, Rev. Gerald Lee Stevens II, will be officiating under the direction of Stewart Family Funeral Home. Because of Covid limitations on the number of attendees permitted at the funeral home, those who cannot attend in person may view the services online thru the Stewart Funeral Home website. Mr. Stevens passed away Monday, January 11, 2021 in Tyler. He was born September 1, 1933 in Hattiesburg, Mississippi to John Williams Stevens Sr. and Myrtle Lee Stevens. Jerry married the love of his life, Beverly Ann Marie d’Aquin on September 1, 1953. They were married for more than 67 years and Jerry was holding his wife’s hand when he passed to be with his heavenly Father. Jerry grew up poor during the depression and WWII in rural Mississippi. He started work at age 5 selling newspapers to the soldiers at Camp Shelby in Mississippi and continued to work hard his entire life in many careers. Jerry graduated from the University of Tulsa with a degree in aeronautical engineering. He served as an officer in the United States Air Force and during his military service life he traveled throughout the world for the Air Force. He left military service and worked in private civilian engineering work with contractors for Red Stone Arsenal, NASA, and Spacecraft Inc. Jerry was a pioneer in the automation of the offshore oil field industry working with Baker Oil, BASIC and as CEO of Stevens and Associates. Jerry served as a gubernatorial appointee to the Louisiana State Mineral and Energy Board. Seeing the need of people for quality health care accessibility, Jerry served as the CEO and Chairman of the Board in the development of several hospitals in New Orleans and as a Senior Vice-President with National Medical Enterprises and TENET Healthcare in building hospitals and bringing quality health care resources to people around the world. Jerry grew up with his country family worshiping in a small Southern Baptist Church and during his life he also worshiped with his wife and family in the Catholic Church. He loved the Lord and was always interested in a discussion about his Christian faith. Jerry was a thoroughbred horseracing enthusiast. As a hobby, for years he owned racehorses that ran in racetracks around America. His first horse was named “For Pity’s Sake”, which Jerry admits well describes owning horses as a hobby. Jerry had a brilliant mind and a big heart. He was always there to quietly help anyone who needed a hand up. He was known affectionately by his family as “Goo Daddy”, a name given to him by his grandchildren. Jerry is survived by his loving family including: his wife Beverly Stevens (Tyler), his children: Judge Cynthia Stevens Kent, retired (Tyler), Shelly Stevens (Houston), Rebecca Farinas, Ph.D. (New Orleans), and Gerald Lee Stevens, II, (Garland), five grandchildren, 11 grandchildren and a family of sons-in-law, daughter-in-law, granddaughter-in-law and great-grandchildren-in-law. Honorary pallbearers will be Andrew Stevens Kent, Jarad Lee Kent, Wayne Anthony Kent, Andy Shreffler, John W. “Steve” Stevens, II, Aubrey Guezaraga, Phillip Do and Michael Schiro. If desired, memorials may be made online to the Alzheimer’s Alliance of Smith County, 211 Winchester, Tyler, Texas, 75701.

A memorial service for Gerald &#8220;Jerry&#8221; Lee Stevens, 87, of Tyler will be held on Saturday, January 16, 2021 at 5:00 p.m. with visitation following the service in the Stewart Family Funeral Home Chapel in Tyler, Texas. His son, Rev.... View Obituary & Service Information

The family of Gerald "Jerry" Lee Stevens created this Life Tributes page to make it easy to share your memories.

A memorial service for Gerald “Jerry” Lee Stevens, 87, of Tyler...

Send flowers to the Stevens family.