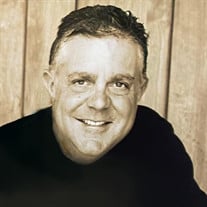 Jace Barbin, 55 of Plano, TX passed away on Friday, March 4th, 2022, at Baylor Medical in Dallas, TX. Jace was born on September 6, 1966, in Tyler, TX to Larry and Sandy Barbin of Tyler, TX. He graduated from Robert E. Lee High School in Tyler in 1985, earned his bachelor’s degree from North Texas State University in Denton, TX where he later received his master’s degree from the University of Texas. Jace had a successful tenured career at AT&T for 35 years that spanned Dallas, Colorado and California before moving him back to Dallas in 2021. Jace held the title of Vice President – Mobility Sales West/AT&T Business. While at AT&T, Jace received many accolades and accomplishments and helped others do the same. Jace was a leader like no other, who mentored countless people to succeed professionally and personally. We continue to receive hundreds of stories on how he has impacted and changed people’s lives. If you were lucky enough to work with or for Jace, you know this firsthand. Jace was a devoted Dallas Cowboys fan, golfer, Harley Davidson rider and traveler. Jace grew up at Christ Episcopal Church in Tyler and told many stories of his parents taking him to church. Most recently he was attending One Community Church in Plano, TX. Jace was preceded in death by his grandparents, LB and Edna Mae Barbin of Tyler and Jack and Wilma Barneburg of Killeen, TX. Left to honor and cherish his memory are Langley Barbin (daughter) and Landry Spike Barbin (son) who resided with him in Plano. Jace has two older daughters, Kyleigh Smith, from Plano and Andrew and Haeleigh Hayes Welsh (daughter) from Crowell, TX. Also, Larry and Sandy Barbin (parents) of Tyler, Tracy Barbin (sister) of Tyler and Lance (brother) and Melody Barbin, of Spring, TX. He leaves behind a niece, Liviana Barbin of Spring and he had 5 beautiful grandchildren along with many uncles, aunts and cousins that loved him dearly. Jace was blessed to be a great friend and has many colleagues and special friends including Joy Black, his significant other. Arrangements are being carried out by Stewart Family Funeral in Tyler on Thursday, March 24th at 2:00 in the afternoon at Christ Episcopal Church, 118 South Bois d’Arc, Tyler, TX. A Celebration of Life will be held on Saturday, March 26th, at the Renaissance Dallas at Plano Legacy West Hotel, 6007 Legacy Dr. Plano, TX 75024 at 6:00 in the evening. Jace was a passionate supporter of the following charities. In lieu of flowers, we asked that you consider donating to one of the below: Christ Episcopal Church: Checks can be made out to: Christ Episcopal Church Re: in Memory of Jace Barbin 118 S Boise d’Arc Ave Tyler, TX 75702 Coltharp Woodruff Legacy Foundation: Checks can be made out to: Coltharp Woodruff Legacy Foundation In the memo line: in Memory of Jace Barbin Send to Independence Bank 100 E. College St. Mayfield, KY 42066 Back On My Feet: Link to donate https://backonmyfeet.org/donate/donatetoday-old/ You can set up a one-time donation or reoccurring donations on behalf of Jace. Checks can be made out to: Back On My Feet Land Title Building 100 S Broad Street, Suite 2136 Philadelphia PA 19110 (215) 772-1080

Jace Barbin, 55 of Plano, TX passed away on Friday, March 4th, 2022, at Baylor Medical in Dallas, TX. Jace was born on September 6, 1966, in Tyler, TX to Larry and Sandy Barbin of Tyler, TX. He graduated from Robert E. Lee High School in... View Obituary & Service Information

The family of Jace Barbin created this Life Tributes page to make it easy to share your memories.