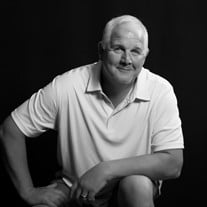 John Calvin Brady, age 56, passed away on Wednesday, August 25, 2021, after a years-long fight with cancer. John was born to Annis Smith and Edgar Brady on August 28, 1964, in Houston, Texas, and was the youngest of three boys. As a kid, he excelled in sports and was a natural at football. He enjoyed family get-togethers and trips to Lake O’ the Pines. He spent summers with his cousins, aunts, uncles, and grandparents playing in the woods and creeks, shooting BB guns, and eating chicken and dumplings. John graduated from Robert E. Lee High School and attended Tyler Junior College. He met his future wife, Molly Glass, in 1987, and they married in July of 1988 in Tyler, Texas. He began his career as a bread man at Flowers Baking Company in early 1988, where he worked his entire career. John and Molly moved to Whitehouse in 1996 and have remained in the same house ever since. They have three children, and his two daughters, Megan and Brooklyn, were softball players for many years. As a result, many girls in East Texas from the 1990s to the present day know him as “Coach John” - or even “Big Sally” if he was pitching batting practice. No one could forget his ground balls or the special ability he had to encourage others and build them up. When the community was hit by a negative event or if someone needed help cooking or getting buns and bread for folks, John always stepped up to be that man and lend a helping hand. John had a heart for children and for people with special needs, and he signed up to be a “buddy” for The Challenger League in Tyler, which is someone who assists children with special needs in playing on a baseball team. He was an outstanding man to have in your corner, never met a stranger, and was an incredibly hard worker. He took pride in what he did, no matter what it was, and he was known for being early everywhere, which is a trait he sadly did not pass on to his wife and children, not for lack of trying. You could find John at the softball fields, in his La-Z boy, or on the golf course if he was not at work. He was a diehard Oakland (now Las Vegas) Raiders fan. He enjoyed riding four-wheelers, shooting guns, and golfing with his son, Tristan. They were always working in the yard, playing with their dog, Cowgirl, visiting with neighbors, or watching The Andy Griffith Show (queue the whistling). Those close to him can easily picture him driving his truck down the road, singing along to good music, and strumming his fingers on the steering wheel. John was a believer in and follower of Christ and was baptized, alongside his son, in June of 2018. Because John was an organ donor, his pretty baby blue eyes will continue to be a gift to others. John made a lasting and immeasurable impact on so many lives, and he will be missed dearly. John was preceded in death by his father, Edgar Brady. He is survived by his loving family including wife, Molly; children, Megan, Brooklyn, Tristan; brothers, Seth Brady and wife, Sandy of Kingwood, Texas; Tomm Brady and wife, Martha of Bell Buckle, Tennessee; nephews, Justin Brady and wife, Kathleen and Caden Glass; mother, Annis Brady; nieces, Paige Brady, Shelby Brady and fiancé, Andrew Rolfe. John is also survived by numerous aunts, uncles, and cousins. Pallbearers will be: Seth Brady, Tomm Brady, Tristan Brady, Pat Vanschuyver, Mike Jones, Darrell Atwood, Cary Medlock, Derryl Mallard, and Mason Mallard. Honorary pallbearers will be all of Coach John’s “baby girls” and “knotheads”. Services for John are as follows: Visitation from 2-4pm at Stewart Funeral Home in Tyler, Texas, on Sunday, August 29, 2021. The funeral will be held at 10am at First Baptist Church in Whitehouse, Texas, on August 30, 2021, and burial at Rose Lawn Cemetery in Tyler, Texas, following the funeral services. In line with John’s passions and his battle with cancer, donations in his name can be made to one the following: Rose Capital East Little League - Challenger League in Tyler, Texas. (Mail checks to P.O. Box 9458 Tyler, TX 75711 and make them out to Rose Capital East Little League with Challenger League in honor of John Brady in the memo line); St. Jude Children’s Research Hospital, 262 Danny Thomas Pl., Memphis, TN 38105 (www.stjude.org); or your local softball league or organization.

John Calvin Brady, age 56, passed away on Wednesday, August 25, 2021, after a years-long fight with cancer. John was born to Annis Smith and Edgar Brady on August 28, 1964, in Houston, Texas, and was the youngest of three boys. As a kid, he... View Obituary & Service Information

To send flowers or a memorial gift to the family of John Calvin Brady please visit www.flowersbylouann.com