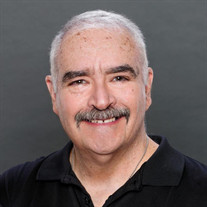 Rosary for U.S. Army Retired Major John Frederic Montalto, 69, of Bullard, TX, will be at 5:30 p.m. on Thursday, December 30, 2021 with visitation following at Stewart Family Funeral Home in Tyler, TX. Services will be held on Friday, December 31, 2021 at 2:00 p.m. at Stewart Family Funeral Home. Graveside services will be at 10:15 a.m. on Thursday, January 6, 2022, at the Ft. Sam Houston National Cemetery under the direction of Stewart Family Funeral Home. Major Montalto died Thursday, December 23, 2021 in Bullard, TX. He was born December 13, 1952 in Chicago, IL to Conrad and Mary Kay DeWitt Montalto. He graduated from Loyola Academy in Wilmette, IL, then earned a nursing degree from the College of St. Mary in Omaha, NE, and a Master’s in Nursing from University of Texas in Arlington, TX. The Major served 4 years in the U.S. Air Force, then 22 years in the U.S. Army, including the Vietnam War and Operation Desert Storm. He earned the Legion of Merit, the Bronze Star Medal, and the Meritorious Service Medal. His time in the military allowed him to travel the world and he was stationed in Thailand, Germany, Nebraska, Colorado, Panama, Tennessee, Kansas, Utah, and Texas. After his retirement from the Army, he was employed in Tyler as the Trinity Mother Frances Clinical Director of the Emergency Department and Flight for Life, then as the Nurse Educator for the East Texas Medical Center. After an impressive career in nursing, he proudly served as a Professor of Nursing at Tyler Junior College and the University of Texas at Tyler. John was preceded in death by his parents. He is survived by his loving family, including his wife, J. Michelle Nelson of Bullard, TX, and her four children; his five children, Erin Montalto of San Antonio, TX, Quentin Montalto and his fiancée, Joselyn, of Austin, TX, Jonathan Montalto and his wife, Kaity, of Houston, TX, Cassandra Montalto of Houston, TX, and Jennifer Montalto Muzik of Dallas, TX; his brother, Lawrence Montalto of Shelbyville, KY; his sisters, Mary Frances Wilczenski of Chicago, IL, and Constance Diaz of Chicago, IL; and his dog, Leo. He also leaves behind a large extended family, friends, colleagues, and students who will miss him as well.

The family of John Frederic Montalto created this Life Tributes page to make it easy to share your memories.

Send flowers to the Montalto family.