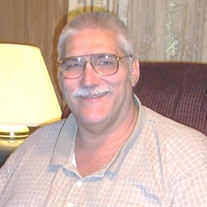 Johnny Wayne Portwood. A man known by many names, Johnny, John, Daddy, Dad, Papa left for his Heavenly home on January 21, 2021. Born in Tyler, TX on July 12, 1949 to Troy and Helen Portwood. Johnny was the second of five siblings including himself, Bennie Portwood, Nancy Portwood Crawford, Penny Portwood Davidson, and Kevin Portwood. Johnny attended Tyler schools, graduating from John Tyler High School in 1967, where he played football and met the love of his life Kathy Beaty. Upon graduation, Mr. Portwood served his country during the Vietnam War from 1968-1974 in the United States Navy. Marrying Kathy after boot camp, their early life was spent traversing the country to naval bases in San Diego, CA; San Francisco, CA; Fallon, NV; Mobile, Alabama; and Pensacola, FL. During this time, Johnny and Kathy connected with lifelong friends of 52 years, Don and Diane Hahn of Soldotna, AK. Their special friendship spanned the decades and saw the growth of families. In Reno, NV, the Portwood’s celebrated the birth of their first child, daughter Jeri. After faithfully serving his country, the family moved to Tyler, TX and then to Nacogdoches, TX where Johnny graduated with honors in earning his Bachelor’s degree in Agriculture from Stephen F. Austin University. During this time, the family grew again, celebrating the birth of their son John. Upon graduation from SFA, Johnny began teaching agriculture at Nacogdoches High School. A necessity to help with the family business soon emerged and Johnny and family returned to the Tyler area, settling in Whitehouse, TX. During this time Johnny worked with his father, brother, sister, and mother at Portwood Insurance Agency selling policies to local teachers and school districts. After his time as an insurance agent, Johnny moved to another sector and continued his professional career at East Texas Alarm Company. Throughout his life, Mr. Portwood had many passions, but none more than his faith and his love for his family. He attended church in Tyler, first, at Omen Road Church of Christ, then, West Erwin Church of Christ, and finally, Shiloh Road Church of Christ. In his final years, as health prevented his travel from home, he worshipped virtually with the Eastridge Church of Christ in Rockwall, TX. Church was always a major influence on his family and never far from his heart. Johnny’s true pride and joy came from his family. He provided his wife and children with an unbelievable life filled with joy and happiness that manifests itself in gatherings, vacations and time spent together. He is survived by his loving wife of 52 years, Kathy Portwood of Whitehouse, TX; 2 children, daughter, Jeri Portwood Prestidge of Whitehouse, TX and son and daughter-in-law John and Saralyn Portwood of Huntsville, TX; 6 grandchildren, (Jaci Prestidge Luebbert, Corey Prestidge, Kaylee Prestidge, Jackson Portwood, Cooper Portwood and Emmy Portwood); along with 1 great-grandchild (Dani Kay Luebbert). His true passion in life was his family and his legacy is the unwavering love that he showed them. Johnny is preceded in death by his father, Troy Portwood; mother-in-law, Gussie Beaty; and father-in-law, John Beaty. Visitation will be held at Stewart Funeral Home from 6pm - 8pm on Monday January 25, 2021, 7525 Old Jacksonville Highway in Tyler. Funeral services will be held at Shiloh Road Church of Christ in Tyler, 1801 Shiloh Road, Tyler, TX 75703 at 2pm on Tuesday January 26, 2021 with a graveside ceremony at Walnut Grove Cemetery in Whitehouse, TX to follow. Officiated by Jason Reeves, Eastridge Church of Christ, Rockwall, TX. Pallbearers and Honorary Pallbearers include: John Portwood, Patrick Luebbert, Jaci Luebbert, Corey Prestidge, Don Hahn, Neal Maynard, Steve Wade, Robbie Wade, Danny Snell, Tim Belk, Dan Amundson, John Amundson, Terry Moreland, and Jonathan Moreland Johnny was a man who enjoyed helping others, in lieu of flowers it would greatly please him for you to find a person in need and lend them a hand.

Johnny Wayne Portwood. A man known by many names, Johnny, John, Daddy, Dad, Papa left for his Heavenly home on January 21, 2021. Born in Tyler, TX on July 12, 1949 to Troy and Helen Portwood. Johnny was the second of five siblings including... View Obituary & Service Information

The family of Johnny Wayne Portwood created this Life Tributes page to make it easy to share your memories.

Send flowers to the Portwood family.