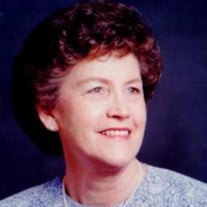 Mrs. June Fagg gained her heavenly wings on August 31, 2021. June was born in London, England, on June 17, 1931, to Alfred and Bertha (Gibson) Pratt. She lived a full life, travelling and living in various parts of the country and world, settling in Tyler, TX in 1987. While she was British through and through and loved her homeland, she became an American citizen in 1996; she truly loved each country and was very patriotic to both. June’s work included doing finance for the U.S. Air Force and working for Dillard’s for many years, retiring in 1997. She often spoke about her very first job, working for a clay pipe company in England. Family was the most important thing to June, and what she enjoyed most was spending time with the love of her life, her husband Travis of 67 years, their children, grandchildren, great-grandchildren, and extended family and friends. She will be missed tremendously by all who knew her, but will forever be in our hearts. June was preceded in death by her parents; her sister, Rose; her infant son, Robert; and her granddaughter, Erica. She is survived by her husband, Travis Fagg of Tyler, TX; four children, Travis P. Fagg and wife, Sandy, of Panama City, FL; Susan Hallonquist and husband, Bill, of Scroggins, TX; Stephen Fagg and wife, Sandra, of Madison, AL; Lesley Fagg of Tyler, TX; and one brother, Douglas Pratt and wife Nora, of Ashby-de-la-Zouch, England. She is also survived by nine grandchildren, twelve great-grandchildren, and multiple nieces, nephews, and extended family members. Visitation is scheduled 5:00-7:00pm on Friday, September 3rd, at Stewart Family Funeral Home, 7525 Old Jacksonville Hwy, in Tyler. Services will be held at 2:00pm on Saturday, September 4th, at Stewart Family Funeral Home with Don Cannon officiating. Burial will follow at Rose Lawn Cemetery in Tyler.

Mrs. June Fagg gained her heavenly wings on August 31, 2021. June was born in London, England, on June 17, 1931, to Alfred and Bertha (Gibson) Pratt. She lived a full life, travelling and living in various parts of the country and world, settling... View Obituary & Service Information

The family of June Fagg created this Life Tributes page to make it easy to share your memories.

Send flowers to the Fagg family.