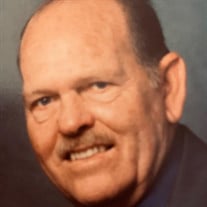 Lewis Edward Suggs, Jr., better known as “Dub”, passed away on October 18, 2020 in Tyler, TX. He was born in Millen, Georgia on November 29, 1933 to Lewis E. Suggs and Polly Williams Suggs, the youngest boy of ten children. As a boy he loved living on the family farm, roaming the woods and swamps nearby. In his teen years, his father became very ill and he quit school to help farm, and care for his father and mother. Both parents passed away when he was 16. He decided to join the Air Force. He wanted to serve his country, as three of his older brothers had done. He earned his GED in the military. While stationed in San Antonio, TX Dub met Janice Stephenson on a blind date. They fell in love and married in 1956 and were blessed to be married for 64 years. Dub and Janice have three children, Janine Ryan (Buddy) in Leander, TX; Wayne (Susan) in Anchorage, AK and Becky Middleton (Michael) in Austin, TX. Their nine grandchildren are Callie Ryan (Sharif) Rakhonov in Austin, TX, Bevin Ryan Bold (Joshua) in Colorado Springs, CO., Shannon Ryan in Hutto, TX.; Michael W. Suggs (Tiffany) of Anchorage, AK and Kimberly Suggs Fannon (Matthew) of Anchorage AK.; Laura Middleton Munoz (James) in Austin, TX, David Middleton (Stephanie) in Leander, TX, Julie Middleton of Austin, TX and Amy Middleton (fiancée, Athen Shultz), Austin, TX. There are 14 great-grandchildren, Ethan, Jasur, Ezra, Elliott and Jude Rakhonov, Haven and Honor Bold, Jacob Fannon, Jonah and Lydia Munoz, Charlotte, Tess, and Reid Middleton, Grant Bailey. His greatest joy was spending time with his family. Dub and Janice moved often with the Air Force, living in San Angelo, San Antonio and Austin, Texas, Mississippi, England and Michigan. Dub had many overseas tours in Korea, Turkey, Thailand & other unnamed countries. He was a Training Instructor, on a Rapid Respond Team, and in AF Security Service. He retired as a Master Sergeant with 20 years of military service. He was in Civilian service for another 20 years at Bergstrom AFB in Austin, TX. The family actively served in church wherever they lived. Dub is an ordained Baptist Deacon. He is known as a master carpenter and woodworker. As his children married, he built each one a custom china cabinet to commemorate their union. He constructed cabinetry for Bergstrom AFB, Motorola, and various others in the Austin area. His hobbies were very important to him – hunting, fishing, gardening, repairing antique clocks and fixing items for friends and relatives. His house was always open to foreign exchange students and to other newly arrived nationals, giving them a place to feel at home. He loved God. He loved his family and friends. He loved America. The family wishes to thank Watkins Logan Veterans Home for their great care of Dub. He had many caregivers over the past few years but special thanks go to Dr. James Stanford, his great friend; Dr. Raul Torres, Dr. Mark Vig, and Dr. Shana Meads. A special thank you to the many friends and family who visited him when he could no longer get around. A memorial service is scheduled for Saturday, October 31, 2020 at 2:00 p.m. with Rev. Jody Robert officiating at Stewart Family Funeral Home, 7525 Old Jacksonville Hwy in Tyler. Visitation is one hour prior to service. In lieu of flowers please consider giving in memory to Gideons International at their website “sendtheword.org”, or Tunnel to Towers, Smart Home Program, who build homes for severely injured military heroes, at (718) 987-1931.

The family of Lewis Edward "Dub" Suggs Jr. created this Life Tributes page to make it easy to share your memories.

Send flowers to the Suggs family.