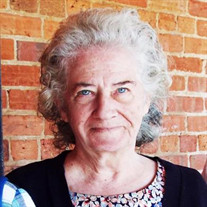 Services for Lois Jean Youngblood, 81, of Tyler will be held Tuesday, May 25, 2021 at 2:00 p.m. in Stewart Family Funeral Home Chapel with Rev. Jeffrey Youngblood and Rev. Joshua Youngblood officiating under the direction of Stewart Family Funeral Home. Visitation will be from 12:00 p.m. – 2:00 p.m. at Stewart Family Funeral Home. Burial will follow at Tyler Memorial Park in Tyler. Lois Jean Youngblood of Tyler, Texas, passed away Saturday, May 22, 2021 in Tyler, Texas. She was born July 27, 1939 in Moscow, Texas. She was raised in many different towns as her father worked for the railroad. Her favorite place to live was “Little Fitze”. Jean and all of her siblings talked loud and over each other. This was due to living near the train tracks, so they say. She graduated Valedictorian from Garrison High School, Garrison, TX in May of 1957. She married Glenn on June 8, 1957 and they were married for 51 years until his death in 2008. They lived the majority of their married life in Tyler, where all four of their children were born and raised. Glenn and Jean enjoyed eating breakfast at Whataburger most mornings. They also enjoyed having coffee and donuts in the afternoon at various donut shops around town. They were founding members of First Apostolic Church in Tyler for many years and later became active members of Tyler Tabernacle in Tyler. Jean was known as “Gammaw” to her grandchildren and great-grandchildren. They were the love of her life and she enjoyed spoiling them with sweets – namely cookies from the Great American Cookies. She is preceded in death by her father, Elvin Edward (Bill) Sanders and her mother, Velma Frances Harvey Sanders; and her husband, Howard Glenn Youngblood. She is survived by Keith (Donna) of Tyler, TX and their children, Jeffrey (Candance) – Griffin & Caroline of Tyler, TX, Joshua (Shelly) – Mason & Landry of Little Elm, TX; and Jared (Courtni) – London of Wylie, TX; Lance (Cindy) of Tyler, TX and their children, Bryan of Bay City, TX & Brandon (Tammy) – Devin, Braylee & Brody of Tyler, TX; Amy (Eric) and their children – Ethan & Eason of Houlton, WI. Russell of Tyler, TX and his children – Trey of Portland, OR & Deni of Abilene, TX. She is also survived by two sisters, Joann (Jack) Eddings of Tyler, TX and Mary Black of Giddens, TX. Pallbearers will be Jeffrey Youngblood, Joshua Youngblood, Brandon Alexander, Eric Eves, Roger Chapman, Jonathan Chapman.

The family of Lois Jean Youngblood created this Life Tributes page to make it easy to share your memories.

Services for Lois Jean Youngblood, 81, of Tyler will be held...

Send flowers to the Youngblood family.