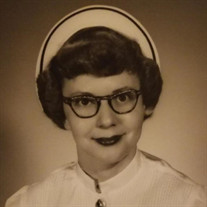 Consider Marilee Hazell Wheeler (or as she referred to herself the last 30 or so years, “Gas it Grams”) who entered eternal life on Sunday, September 6, 2020 at age 87. Her spirit is carried on by her three sons, their wives, six grandchildren, one great grandchild and an extended family of friends from her grade school. A Kansas native who grew up on her family’s farm in Turon, Kansas, Marilee moved with her young family to Texas over forty years ago and was a Tyler resident for 30 of those years. She played the piano at her church, Faith United Methodist, where she and her husband Clifford Robinson were founding members. Her passion in life was music and films—especially when the two were combined. She had a life-long love affair with the films The Wizard of Oz and The Sound of Music and loved sharing them with her grandchildren. While she was a connoisseur of musicals—no one trumped John Wayne in her book. While music was her passion, for much of her life, medicine was her purpose. Applying the hard work and rigor that she saw in her early life on the farm, Marilee worked as a registered ER nurse for over 35 years. Spending the last 10 years of her career as the receptionist at her son, Dave’s office, where she kept everything in pristine order. Marilee remained close to many of her friends from grade school by participating in a “round robin” letter that traveled across the country providing the classmates an opportunity to update each other on their lives. It is no wonder that Marilee championed education and believed that there was no limit to learning. She greatly valued her church community at Green Acres Baptist Church in Tyler, Texas. Marilee’s life will be celebrated privately by her family at the City of Lerado Cemetery in Lerado, Kansas. She was preceded in death by her father, Arthur Bliss Hazell; mother, Doris Hazell, husband, Hubert. A Wheeler; ex-husband, Clifford T. Robinson; brother, Don Hazell; and grandson, Jonathan Wheeler. She is survived by her son and daughter-in-law, Dave and Cindy Robinson of Tyler, Texas, her son and daughter-in-law, Philip and Cyndi Robinson of Denver, Colorado, Step Family, Greg and Sharon Wheeler of McKinney, Texas and her grandchildren and great-grandchildren, Justin & Jackie Wheeler and their daughter Bailey Wheeler, Mallory Robinson Billings & Blake Billings, Megan Robinson Fox, Melinda Robinson and Christopher Robinson.

Consider Marilee Hazell Wheeler (or as she referred to herself the last 30 or so years, &#8220;Gas it Grams&#8221;) who entered eternal life on Sunday, September 6, 2020 at age 87. Her spirit is carried on by her three sons, their wives, six... View Obituary & Service Information

The family of Marilee (Hazell) Wheeler created this Life Tributes page to make it easy to share your memories.

Consider Marilee Hazell Wheeler (or as she referred to herself...

Send flowers to the Wheeler family.