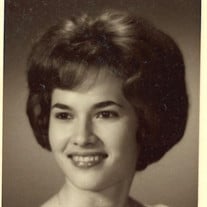 Mary Elizabeth Rogers Lindsey passed away on May 20, 2022 in Tyler. Private services will be held under the direction of Stewart Family Funeral Home. Mary was born September 20, 1943 in Houston to Norma Lee and Phillip E. Rogers. Mary Elizabeth Rogers has one sibling, Richard Rogers. Mary grew up in Tyler attending Birdwell, Hogg, and Robert E. Lee graduating high school in 1961. While in high school, Mary was a Majorette for the Rebelette drill team. She was also voted “Most Beautiful” by her peers her Senior year. She attended William Woods College, Fulton, MO and TJC. Mary’s career was homemaking and mothering until her three children graduated high school. After this, she had a 34 year career with Clinique Cosmetics as a freelance consultant in California, Colorado, and Texas retiring in 2020. Mary married the man of her dreams in 1963. Mary was a devoted wife to Walter R. Lindsey for 58 years. They were best friends, lovers, and spouses for each of their years together. They first became aware of their attraction to each other as juniors in high school. Mary and Walter returned to Tyler after following Walter’s career for 32 years that saw them living in Arkansas, Minnesota, Alabama, California and Colorado. They returned to Tyler to oversee Mary’s father’s care in 1997. Mary was a woman of faith (Proverbs 31 Woman) making a profession of faith in Jesus Christ in 1951. Mary had a strong desire for Bible Study, caring and giving. She was a committed student in BSF for 49 years. She was known to be quick to grab a skillet and “fix” something to eat for those in need or sick. She was always alert to helping people know Jesus as their Savior and Lord. Mary is survived by her husband, Walter; brother, Richard and wife, Susan; daughter, Leeann Grisham and husband, Bryan, Shreveport, LA; son, Bart Lindsey, Shreveport, LA; daughter, Emily Glover and husband, Jason, Chandler, AZ; nine grandchildren, Sutton Glover, Riley Grisham, Keaton Glover, Madison Lindsey, Claire Grisham, Payne Glover, Hope Glover, Reid Lindsey, and Paige Lindsey; three nephews, Steve Rogers, David Rogers and John Rogers. Honorary pallbearers will be grandson’s Sutton, Riley, Keaton, Payne and Reid. In lieu of flowers, memorials may be made to Hospice of East Texas, 4111 University Blvd., Tyler, TX 75701 (www.hospiceofeasttexas.org); GABC Mission Fund, 1607 Troup Hwy., Tyler, TX 75701 (www.gabc.org); or In Touch Ministries, P.O. Box 7900, Atlanta, GA 30357 (www.intouch.org).

Mary Elizabeth Rogers Lindsey passed away on May 20, 2022 in Tyler. Private services will be held under the direction of Stewart Family Funeral Home. Mary was born September 20, 1943 in Houston to Norma Lee and Phillip E. Rogers. Mary Elizabeth... View Obituary & Service Information

The family of Mary Elizabeth Lindsey created this Life Tributes page to make it easy to share your memories.