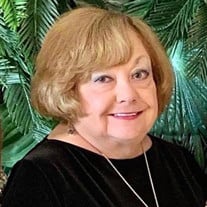 &#8220;Paula&#8217;s life goal was to help others. She made a lasting difference in countless lives.&#8221; Dr. Paula Kathleen Lundberg-Love (nee Hirsch) passed away from cancer on Saturday, June 6, 2020, in Tyler, Texas. She was born February... View Obituary & Service Information

The family of Dr. Paula Kathleen Lundberg-Love created this Life Tributes page to make it easy to share your memories.

“Paula’s life goal was to help others. She made a lasting difference...

Send flowers to the Lundberg-Love family.