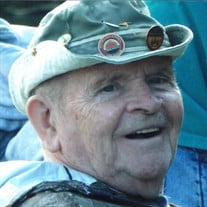 Holy Rosary will be offered for Raymond Modlin at Stewart Family Funeral Home on Thursday, July 30th, at 6:00 p.m. followed by visitation from 6:30-8:00 p.m. and the Funeral Mass will be celebrated at 10:00 a.m. on Friday, July 31st, at St. Mary Magdalene Catholic Church. Honorary pallbearers will be Steve Wood, Scott Austin, Kris Modlin, Chip Berry, Stockley Berry and Troy Jackson. Ray passed away on Wednesday, July 22, 2020. He was born to the late Raymond E. and Marie Modlin on August 18, 1932 in Saginaw, Michigan. He was deeply devoted to his family and found a special peace with them; especially in his later years. He graduated from Saginaw High in 1950 and joined the Navy where he was an aircraft mechanic and a flight engineer on a patrol bomber from 1951-55. Upon receiving an honorable discharge, he enrolled in Michigan State University where he received a B.A. degree in Hotel Management. He married his first wife, Ruth (Rene) Carmichael May 26, 1962 and they shared 39 years together until her death. After working in several hotels, he joined American Airlines in 1964 where he served in different management positions. He retired in 1987 and assumed a job as Purchasing Director at the University of Dallas from 1987-92. During his last year at U.D., he earned his realtor’s license and practiced real estate in the Lake Palestine area. He and Ruth loved the lake and the city of Tyler. Ray enjoyed traveling and was fortunate enough to visit all 50 states in the USA. He also visited many countries throughout Europe, the North Atlantic, the Mediterranean and the Caribbean. He married his loving wife, Doris, on October 5, 2002. They created many pleasant memories while on several cruises during their almost 18 years of marriage. Some of the charitable works that Ray engaged in were Hospice, Mother Frances Volunteer and St. Jude Children’s Hospital. He was a lifetime member of the Knights of Columbus where he served in several offices in the 3rd and 4th Degree, and was a member of St. Mary Magdalene Catholic Church. He was a member of AA. His ashes will be interred at St. Mary Magdalene Catholic Church. He was preceded in death by his parents, his first wife Ruth, and his brother and sister-in-law Bob and Rose Modlin, father and mother-in-law Gil and Ruth Carmichael, brothers-in-law Gene and Hoagy Carmichael, and dear friends, Bill Fitzgerald, Ed Schwannecke, Jim Frawley and Melvin Zimmerman. Ray is survived by his loving family including his wife, Doris of Tyler; daughter, Marcia and husband Steve Wood of Haslet; son, Kenneth and wife Kayce Modlin of Navasota; son, Gene and wife Carrie of Cheyanne, WY; and son, Robert Modlin of Chandler. He also leaves behind seven grandchildren, Stephanie and husband Scott Austin, Irene Wood, Kasidy and husband Cody McKinley, Kimberly Modlin, Julia and husband Chris Dorset, Leah Modlin and Kristopher Modlin. He also leaves behind nine great-grandchildren, Tyler and Stephen Austin, Emma Rae Wood, Kelby and Mason McKinley, Kolton and Konway Modlin, Annabelle Modlin, and Virgil and Everly Modlin. His extended family includes Michael and Erminia Kocian and their children, Matthew and Martina; Chip and Kim Berry and their children, Tarah and Jeff Fine and their children, Cole, Stella, and Crew, Blaire and Kris Freeman, Kelsie Berry, Stockley Berry; Amy & Troy Jackson and their daughters, Haylie and Ali Jackson. Memorials, if desired may be made to Wellspring, P.O. Box 440, Whitehouse, TX 75791 or St. Jude Children’s Hospital, 262 Danny Thomas Place, Memphis TN or St. Mary Magdalene Catholic Church Building Fund, 18221 F.M. 2493 Flint, TX 75762. No flowers please.

Holy Rosary will be offered for Raymond Modlin at Stewart Family Funeral Home on Thursday, July 30th, at 6:00 p.m. followed by visitation from 6:30-8:00 p.m. and the Funeral Mass will be celebrated at 10:00 a.m. on Friday, July 31st, at St.... View Obituary & Service Information

The family of Raymond "Ray" Modlin created this Life Tributes page to make it easy to share your memories.

Holy Rosary will be offered for Raymond Modlin at Stewart Family...