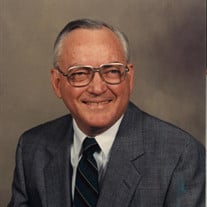 Raymond Lee Whitney, Jr. died May 27, 2021, in Tyler, Texas following a brief illness. A celebration of life will be held at the Rose Hill Cemetery in Tyler, Texas with a private family graveside service under the direction of Stewart Family Funeral Home and presided over by the Rev. David Lukenbauch and Rev. Ted Welty of Christ Episcopal Church. He was a man of integrity, humility, and courage who was dedicated to his family. He is survived by his wife of almost 68 years, Jane Everett Whitney, and son, Clayton Everett Whitney, M.D. and wife Beth of Tyler, grandson Russell Latimer Whitney and wife Carrie and son James of Houston, Texas, grandson Stewart Lee Whitney, M.D. and wife Kali of Fort Lauderdale, Florida, and granddaughter Claire Elizabeth Whitney of Houston, Texas. He is also survived by two nieces, Carolyn Lockett Mc Crocklin and husband John of San Marcos and Linda Lockett of Austin. He was pre-deceased by his parents, his sister and brother-in-law, Anne Whitney Lockett and Albert Vernon Lockett of Houston and San Marcos, and grandson Duncan Leachman Whitney. “Bud” Whitney was born on November 30, 1929, in Tyler, Texas to Raymond Lee Whitney Sr. of Tyler and Mamie Latimer Whitney of Clarksville. Through the Latimer family, he was descended from signers of everything from the Magna Carta of England to the Texas Declaration of Independence. The Whitneys arrived in Tyler from La Grange, Tennessee in 1880, and he fondly remembers that the telephone number of his grandparents was number “7’’. He attended Gary, Hogg, and Tyler High School, and went on to graduate from the University of Texas in Austin. There he was a proud member of the Kappa Sigma Social Fraternity and the Beta Gamma Sigma Honorary Business Fraternity. From there he went to the Officers Training School of the Marine Corp at Quantico, Virginia, and was stationed at Camp Pendleton in California during the Korean conflict. He was discharged as a Captain in the Reserves and returned to Tyler. In late 1952 he met the love of his life, Jane Everett, and grew closer while both were members of a Tyler wedding party. They married July 18, 1953, at Christ Episcopal Church in Tyler, Texas, where he remained an active member for the rest of his life. He embarked on a long and successful career with the Southland Life Insurance Company of Dallas. He was a Certified Life Underwriter and a Life Member of the Million Dollar Round Table. He and wife Jane enjoyed numerous corporate trips to San Francisco, Pebble Beach, Mexico City, South America, Hawaii, London, and especially on the Orient Express ending in Venice. He was never happier than while fishing for bass with a topwater lure or while enjoying New Orleans style American Jazz. He and wife Jane attended numerous Dixieland festivals throughout the United States. He was a member of numerous civic organizations, having served as the President of the South Tyler Rotary Club and the Toastmasters Club. Grandchildren will serve as honorary pallbearers. Memorials may be made to the Endowment Fund of Christ Episcopal Church, 118 So. Bois d’ Arc, Tyler, TX 75702 (https://www.christchurchtyler.org), or to the Hospice of East Texas Foundation, 4111 University Blvd., Tyler, TX 75701 (https://www.hospiceofeasttexas.org).

Raymond Lee Whitney, Jr. died May 27, 2021, in Tyler, Texas following a brief illness. A celebration of life will be held at the Rose Hill Cemetery in Tyler, Texas with a private family graveside service under the direction of Stewart Family... View Obituary & Service Information

The family of Raymond Lee Whitney Jr. created this Life Tributes page to make it easy to share your memories.

Send flowers to the Whitney family.