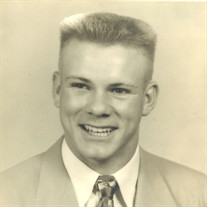 Richard ‘Dick’ Moore Prather Sr., 88, went to be with his Lord and Savior, Jesus Christ, on October 21, 2021. Originally from Charlotte, NC, Richard was stationed in Washington D.C. as a Corporal SP4 for the U.S. Army. It was there he met the love his life, Shirley, in 1954. They later moved to Birmingham, AL where Richard pursued his studies in theology at Southeastern Bible College. During his time in Birmingham, he served as an assistant pastor at the 11th Ave Methodist Church and became a father to two handsome sons, Richard Jr. and Andy Prather. After graduating in 1962, he continued his studies at Dallas Seminary and then Sam Houston State University where he received a degree in Criminology. He served as a Dallas County Juvenile Probation Officer— later leading to a career as a United States Probation and Parole Officer, from which he retired, in Florence, SC. There he also served as an elder at First Presbyterian Church and taught a Sunday school couple’s class. His final move would be made to Tyler, TX to be closer to his sons and their families. For more than 14 years he served as a volunteer for Mother Francis Heart Rehab. Throughout his life, Richard was a devoted man of faith, a servant to his community, and loved for his infectious laugh and tender heart. Richard was preceded in death by his youngest son, Russell Andrew Prather of Texarkana, TX. He is survived by his beautiful, devoted wife of 66 years, Shirley; his son, Richard Moore Prather Jr. of Placates, NM; and three granddaughters, Crystal Ann Prather of Dallas, TX, Heather Lee Prather of Santa Fe, NM, and Alexandra ‘Allye’ Danielle Prather of Nashville, TN. The family of Mr. Prather would like to extend a warm thank you to each person who helped care for him over the last year. Private family services for Richard ‘Dick’ Moore Prather Sr. will be held on November 3, 2021 at Dallas-Fort Worth National Cemetery under the direction of the Stewart Family Funeral Home. In lieu of flowers, the family would like to ask that you please send donations to the Alzheimer’s Foundation of America (www.alzfdn.org) or (www.ALKPOSITIVE.org).

The family of Richard Prather Sr. created this Life Tributes page to make it easy to share your memories.

Send flowers to the Prather family.