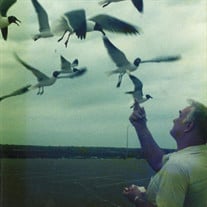 Richard Shawn ended his journey on earth on the morning of June 16, 2020 with his “lil brother,” Eddie by his side. Born during the post-depression era in 1939, Richard grew up as one of seven children on a dairy farm in Wise County, Texas. Losing their father when Richard was 13 left him with a strong sense of responsibility and a life-long desire to “work hard and save money.” Richard spent his entire career in the oil fields, working for Johnston Testers, Schlumberger, and finally, as a manager for Diamond-Core Testco. He took great pride in his work ethic and his reputation in the field of drill stem testing. Being a four-time cancer survivor, complicated by other health issues, led to Richard’s retiring long before he felt he was ready. Nothing pleased him more than visiting with former co-workers and recalling their early days in the oil patch. He took great pride in his son, Keith, who followed in his footsteps at Schlumberger. The pride Richard took in his profession was second only to his pride in his family. His mother, Lorene Shawn Williams, having been left a young widow with children to raise, was definitely his role model for believing that a strong faith and hard work were the keys to a successful life. Richard was preceded in death by his parents, D.A. and Lorene Shawn; his stepfather, J.C. Williams; his brother, Charles Shawn; his sister, Patricia Shawn Mason; and the mother of his children, Sylvia Sjogren. He is survived by his wife, Becky Shawn of Tyler; his daughter, Karen Green (Mark) of Idaho; his son, Keith Sjogren (Linda) of Whitehouse; his sister, Edith Poindexter (Joe) of Missouri; his brothers, Don Shawn (Pat) of Missouri, Jack Shawn (Vicki) of Minnesota, and Eddie Shawn (Linda) of Liberty City; five grandchildren, six great-grandchildren; and many nieces and nephews, who loved their Uncle Rick’s teasing. Richard’s life will be celebrated on Saturday, June 20, 2020 at Stewart Family Funeral Home in Tyler, with Wheeler Renshaw officiating. There will be a visitation time with the family from 1:00 to 2:30 p.m. with the service following at 2:30 p.m. Please protect yourself and others by wearing a face mask. A graveside service will be held at 1:00 p.m. Sunday, June 21, 2020 at Willow Point Cemetery in the Balsora community near Bridgeport, Texas. Richard’s early years and some of his fondest memories are from this small community. On Sunday, his family will take him home. Honoring Richard by serving as pallbearers will be Phillip Shawn, Will Shawn, Kevin Shawn, Derrick Shawn, Nick Sjogren, Doug Hearn, Ryan Pool and Chad Hilliard.

Richard Shawn ended his journey on earth on the morning of June 16, 2020 with his &#8220;lil brother,&#8221; Eddie by his side. Born during the post-depression era in 1939, Richard grew up as one of seven children on a dairy farm in Wise County,... View Obituary & Service Information

The family of Richard Arnold Shawn created this Life Tributes page to make it easy to share your memories.

Richard Shawn ended his journey on earth on the morning of June...

Send flowers to the Shawn family.