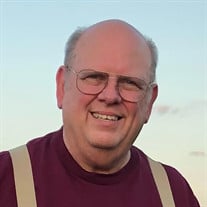 Services for Robert Edward Layton III, 69, of Whitehouse will be held on Friday, February 25, 2022 at 2:00 p.m. at the Green Acres Baptist Church Chapel. Minister Kevin Burdette will officiate under the direction of Stewart Family Funeral Home. Visitation with the family will precede the service at 12:30 p.m. in the chapel. After a courageous and extended battle with cancer, Mr. Layton passed away Thursday, February 17, 2022 at his home surrounded by loving family, including his wife of 44 years Marsha Anne Rigby Layton. He was born July 22, 1952 in Tyler to Robert and Margaret “Midge” Marshall Layton. He was a 1970 graduate of Tyler’s Robert E. Lee High and was a 1974 engineering graduate of Texas A&M University. Robert also took classes at Tyler Junior College. After college he worked alongside his father at Layton Engineering Company in Tyler for several years. Robert then spent 31 years with East Texas Medical Center, where he retired as Corporate Director of Plant Services. He had a prestigious career and was responsible for many landmark construction projects in Tyler and the East Texas area, including the Olympic Plaza and the Beckham Street skywalk. Robert was a member of Green Acres Baptist Church for almost 50 years where he met and married the love of his life, Marsha Anne, in the singles department. They were members of the Echols Sunday School class, taught middle and high school Sunday school, and served on church committees. After retirement they enjoyed clearing walking trails with his tractor on their land and adventures with their cherished grandchildren. Robert and Marsha Anne also loved traveling with both family and friends to places across the U.S. and overseas. Robert enjoyed documenting these adventures as an avid photographer. They especially enjoyed supporting the Whitehouse, Baylor, and Aggie football and band programs. Robert’s walk with the Lord was clearly the priority in his life, as demonstrated in how he built relationships in his personal and professional life. This is supported in his life verse - Romans 8:28 “And we know that in all things God works for the good of those who love him, who have been called according to his purpose.” Besides his parents, Robert was preceded in death by his grandson Henry Alwyn Layton. He is also survived by son Robert “Rob” Edward Layton, IV, and wife Molly of Colorado; daughter Le’Anne Southerland and husband Daniel of Tyler; grandchildren Baylee and Charlotte Southerland of Tyler and Poppy, Jude, and Josie Layton of Colorado; sister Marsha Lee Anderson and husband Jim of Hideaway, TX; sister-in-law Dawne Cassidy and husband John of Lakeside, TX; nephews C.J. Anderson and Jeremy Anderson, and niece Sarah Cassidy; numerous other cousins and family members; and a host of friends and colleagues that cherished Robert. If desired, memorials may be made to the Robert E. Layton Engineering Scholarship with the Tyler Junior College Foundation. Robert and Marsha Anne enjoyed fellowshipping and traveling for thirty-six years with her many Tyler Junior College faculty, geology students and lab assistants.

Services for Robert Edward Layton III, 69, of Whitehouse will be held on Friday, February 25, 2022 at 2:00 p.m. at the Green Acres Baptist Church Chapel. Minister Kevin Burdette will officiate under the direction of Stewart Family Funeral Home.... View Obituary & Service Information

The family of Robert Edward Layton III created this Life Tributes page to make it easy to share your memories.

Services for Robert Edward Layton III, 69, of Whitehouse will...