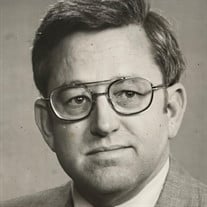 Robert N. Rhodes, age 80, passed away on August 23, 2021, at his home in Tyler, Texas, in the loving care of his wife and three daughters. Robert was born in Dallas, Texas, on June 15, 1941. He was the son of Jesse and Jewel Rhodes, of Van, Texas. Robert grew up in Van, graduating from Van High School in 1959. He attended Tyler Junior College from 1959 to 1961, then continued his education at the University of Texas at Austin, where he earned a bachelor’s degree in 1963, followed by a master’s degree in 1964. Robert met the love of his life, Diane Vaughn, at Tyler Junior College. They were married June 20, 1964, in Tyler, Texas. They had three daughters: Ronna Morrison (Marc), of Tyler, Texas; Renna Embry (Jeff), of Tyler, Texas; and Reesa Miller (Tom), of Austin, Texas. Upon his return to Tyler in 1964, Robert worked for a short time at Tyler Junior College and The Tyler Courier Times, before embarking on a long and distinguished career with General Electric/Trane/American Standard, covering a 38 year span that ended with his retirement in 2003. Most of his time at Trane was spent in human resources, where he was invaluable in negotiating and overseeing employee benefits, primarily health care and retirement plans. His door was always open to the Trane employees, and he worked tirelessly to ensure that their questions were answered and their problems solved. When not working, Robert would likely be found on a tennis court. He was an outstanding tennis player for Van High School, where he and doubles partner, Ron Tankersly, made it to the state doubles finals in 1958. At Tyler Junior College, Robert was an early player of the Tyler Junior College tennis program. After returning to Tyler in 1964, Robert continued playing in (and often winning) tournaments in Tyler and the surrounding cities. When sore knees ended his playing career, Robert turned to officiating and directing tennis tournaments. This began a whole new chapter in his tennis life, one that he thoroughly loved. The relationships he developed over the next thirty years were dear to his heart. His final years have been spent following the lives of his three daughters and seven grandchildren. Nothing in this life meant more to him than his family, and he never missed a chance to watch them participate in a sport, a school play, a graduation, or any life event, and always with his trusty camera. Robert was a lifelong Christian who loved his savior and who’s life embodied Christ’s unconditional love. Robert was preceded in death by his parents, and by his beloved sister, Carolyn Stagner. He is survived by his wife, Diane, and their three daughters; along with grandchildren Meg Pennell (Collin) of Tyler, Texas; Mason Embry, Dylan Embry, and Ella Rose Embry, all of Tyler, Texas; and Maya Miller, Miles Miller, and Audrey Miller, all of Austin, Texas. He’s also survived by his two nephews and niece (Steve Stagner, Stuart Stagner and Suzanne Boyd), and several grand nephews and nieces whom he loved dearly. The Celebration of Life memorial service has been rescheduled for Saturday, October 2, 2021 at 10:00 a.m. at Green Acres Baptist Church, Tyler, Texas. Pastor Ron Moore will officiate under the direction of Stewart Family Funeral Home. Visitation will follow the service at the home of Jeff and Renna Embry (2626 S. Chilton Ave., Tyler). Parking assistance available. The family understands the challenges to gathering safely during these times. Whether you are able to join us in person or in spirit, we ask your continued prayers as we honor our beloved Robert. In lieu of flowers, donations may be made to the Van ISD Education Foundation, P.O. Box 697, Van, TX, 75790.

The family of Robert Nelson Rhodes created this Life Tributes page to make it easy to share your memories.