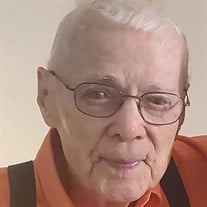 Dr. Robert John (Bob) Toler, of Tyler, TX, passed away after a life well-lived at the age of 95, on February 2, 2022, in Tyler. Dr. Toler was born on September 17, 1926, in Kirksville, MO, to Dr. Robert Vance Toler and Lucille White Toler. He was raised in Shawnee, OK, attending high school there, lettering in football, track and tennis, where he was a member of the Oklahoma Junior Davis Cup Team. He graduated from Wentworth Military Academy in Lexington, MO, in 1944, lettering in basketball and football as an all-conference halfback on the 1943 National Championship Junior College team. He attended the University of Tulsa, where he was an Alpha Tau Omega. Just before leaving for WWII, he played in the 1945 Orange Bowl when the Golden Hurricanes won the National Championship. As a sergeant in the war, he was based on Okinawa, as a B-29 Flight Engineer and Instructor in the 33rd Bomber Squadron, 20th Air Force. While not his favorite subject, he was replete with fascinating war stories to the end. After the war, Dr. Toler completed his pre-med studies at Oklahoma Baptist University and the University of Oklahoma, following a career path in medicine set by his father. He married Laura Jean Willis of Ridgely, TN, on September 25, 1948. In 1953, he graduated from the University of Kansas City, College of Osteopathic Medicine. In Shawnee, Dr. Toler practiced medicine, surgery and obstetrics at Toler Hospital and Clinic, which his father had established. In 1966, he assumed the practice of his late, dearest friend, Dr. Paul Graham, in Ft. Worth, TX, before joining the Texas Department of Mental Health as a staff physician in 1978. He retired in 1989, but kept his medical license and continuing education current through 2019. He was a member of the Tarrant and Limestone County medical societies, and held the Physician’s Recognition Award from the AMA for post graduate medical education each year. He looked forward to attending Grand Rounds at the University of Texas Health Science Center in Tyler every Friday. Dr. Toler and his wife loved spending their retirement summers in Bayfield, CO, and winters in Yuma, AZ. Ever the athlete, he was an avid tennis player, golfer, boater, fisherman, and had also been a private pilot, scuba diver, and was an excellent cook. He held a keen interest in history, government, and the cosmos, always seeking man’s origins, evolution, and ultimate destiny. Remaining sharp to the end providing medical and life advice, he always maintained, “I am the captain of my fate; I am the master of my soul.” He was preceded in death by his wife of 69 years, Laura Jean Toler, and his grandson, CJ Morgan. He is survived by his daughter, Tara Shelton (Mark) of Tolar; son, Vance (Debbie) of Keller; grandchildren, Walker Shelton, Hunter Shelton, and Sydney Toler. Stewart Funeral Home is in charge of arrangements, with burial in Rose Hill Cemetery. Per his wishes, no services will be held. Instead, he wanted to convey how profoundly grateful he was to all who so thoroughly enriched his long and abundant life. “It’s been a great ride.”

The family of Dr. Robert John "Bob" Toler created this Life Tributes page to make it easy to share your memories.