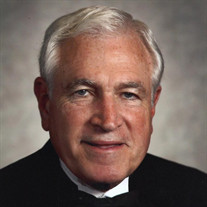 Ronald N. “Ronny” Schoenbrun passed away peacefully at home on March 25, 2022. He was born on September 7, 1938 in Tyler and graduated from Tyler High School in 1956. He then attended the University of Texas at Austin, graduating in 1960. He treasured his years in Austin, and, among other activities, he was a member of Phi Sigma Delta (prior to its merger with ZBT in 1970), was Foreman of the Texas Cowboys (1959-1960), involved in student government, and in ROTC. He initially worked at Foley’s in Houston for six months; after gaining valuable experience there and serving in the Army at Fort Lee, Virginia, he returned to Tyler to help with the family business, the New York Store, a downtown landmark for over six decades. In large part because his father passed away in 1961, Ronny joined his mother and they grew the business together. Soon thereafter, he met Anne, and they married in May of 1964, beginning their long journey together as loving parents. Eventually, Ronny became an expert retailer as well and opened several more stores, including New Yorker stores in Tyler, Longview, and Kilgore. For many years, and often serving multiple generations of local families, he clothed innumerable women in the Tyler area. He loved the business, worked hard at it, and formed many special relationships through it. After retiring, he stayed involved in retail part-time, primarily because he truly loved interacting with people. Always very community and civic-minded, Ronny was involved on numerous boards (including The Salvation Army, Tyler YMCA, American National Bank, First Southwest Savings and Loan) and volunteered for, or worked with many local organizations, such as The Texas Rose Festival (Coronation House Manager for 43 years), Camp Fire Girls, United Way, East Texas Symphony Organization and Tyler Chamber of Commerce. He enjoyed and always looked forward to Tyler High reunions, and for many years, his class had one almost every year. He loved the Texas Rose Festival and was a fixture at the Coronation for decades. The organizations, boards, and groups he was part of were avenues through which he touched many lives. Ronny was an avid and competitive runner for most of his life, often besting the times of much younger runners in countless races, and as with work, he forged many great relationships through running. He also loved golf and skiing, spending hours hitting balls on the range and playing with friends at Willow Brook, or skiing with family and friends, often on trips with the Tyler Ski Club. He was a fitness fanatic before it was cool, eating healthy, running and working out for most of his adult life. Often referred to as an old-school gentleman, Ronny was sweet, kind, generous, and compassionate. He rarely, if ever, spoke a cross word, held a grudge, or abstained from a conversation. He never said “no” to anyone when asked to participate or help, regardless of what they asked of him. Ronny was a man that only saw the good in people and would bend over backwards for anyone, strangers included; he was a true friend to all that he met, and a man that never harbored ill will in his heart. He loved his family and treasured the years spent with his grandchildren, freely dispensing love, advice, and of course laughter. Very simply, he was one of the good guys, and he will be remembered fondly and always with a smile, but he will be sorely missed by family and his innumerable friends. Ronny was preceded in death by his parents, Mano and Elsie Schoenbrun. He is survived by his loving family including wife of 58 years, Anne Schoenbrun; children, Ron Schoenbrun and wife Gaye of Tyler, Tom Schoenbrun and wife Patricia of New Orleans and Amy Nichols and husband Chris of Houston; grandchildren, Elizabeth Schoenbrun, Jack Schoenbrun, John Henry Schoenbrun and Gray Nichols; and siblings Larry Schoenbrun of Dallas, Shirley Morris of Plano and Greta Herskowitz of Dallas. Honorary pallbearers will be Duane Andrews, Suzanne Calhoun, Andrew Clyde, Drew Cozby, Ray Cozby, Pam Gabriel, Bo Hughes, Francis Kay, Jim Knowles, Frank Levy, Joe McMahan, Chris Nichols, Bill Roberts, Fred Schonwald and Jack Walker. The family wishes to express their deep gratitude to Ronnie Calloway, Carlos Gaona, Muhammed Njie and Noe Yepez, dedicated caregivers who kept Ronny comfortable, healthy and safe. A memorial service will be held on Tuesday, March 29, 2022 at 11:00 a.m., at Stewart Family Funeral Home, 7525 Old Jacksonville Highway in Tyler, with a reception to follow. In lieu of flowers, and if desired, memorials may be made to The Salvation Army of Tyler - www.salvationarmytexas.org/tyler/, The Michael J. Fox Foundation for Parkinson’s Research - www.michaeljfox.org/ or the Tyler Rose Museum - www.texasrosefestival.com/museum.html.

Ronald N. &#8220;Ronny&#8221; Schoenbrun passed away peacefully at home on March 25, 2022. He was born on September 7, 1938 in Tyler and graduated from Tyler High School in 1956. He then attended the University of Texas at Austin, graduating... View Obituary & Service Information

The family of Ronald N. "Ronny" Schoenbrun created this Life Tributes page to make it easy to share your memories.

Ronald N. “Ronny” Schoenbrun passed away peacefully at home on...