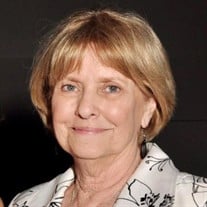 Rosemary Carswell Sims, born on May 10, 1942, left her earthly body to be with her Heavenly Father on February 4, 2022 after a courageous battle with cancer. She would have turned 80 years old this year. She lived a full and authentic life and was a devout Catholic whose love for Christ was evident in every day of her life. Second to her deep Christian faith was her love for her family, especially her grandchildren. Rosemary never missed a soccer game, school recital, or birthday party. To know her was to love her. She was funny and encouraging, with a wicked sense of humor to boot. She will be forever missed by her family and friends. Rosemary Carswell Sims lived most of her life in Mansfield, but she grew up in Tyler and always considered it home. She attended Saint Gregory Catholic School and John Tyler High School. Intelligent and ambitious, Rosemary worked as an administrative assistant for the Dallas Cowboys early in her career, then as a paralegal for many years before ending up in real estate title. After retiring a few years later, she worked part-time and cared for her mother until her death at age 105. She always had the best stories to share, quick witted and intelligent. Rosemary is preceded in death by her parents, Henry Calvin Carswell, Jr. and Eza Maria Carswell; her brother, Henry Calvin Carswell III; and Corrine Carswell. She is survived by her three children; sons, Kelly Michael Sims, Kirk Wayne Sims and wife, Mary; daughter, Kristin Sims Stewart; grandchildren, Ashley Brooke Sims, Justin Lee Sims and Bri, Felicia Sims Tindall and husband, Josh, Cameron Paige Stewart, and Kara Grace Stewart; great-grandchildren, Addison Michelle Sims, Carter Ryan Tindall, Crew Monroe Tindall, and Hudson Lee Sims; siblings, Charles Ray Carswell and wife, Kay; Ann Marie Brunkenhoefer and husband, Fred; Frances Elain McNew and husband, Buck. Rosary will be held Thursday, February 10, 2022 at 6:00 p.m. at Stewart Family Funeral Home in Tyler with visitation following from 7:00-8:00 p.m. A funeral mass will be Friday, February 11, 2022 at 10:00 a.m. at Cathedral of the Immaculate Conception in Tyler under the direction of Stewart Family Funeral Home. In lieu of flowers, please send donations to Catholic Charities (www.ccetx.org) PO Box 2016, Tyler, TX 75710.

Rosemary Carswell Sims, born on May 10, 1942, left her earthly body to be with her Heavenly Father on February 4, 2022 after a courageous battle with cancer. She would have turned 80 years old this year. She lived a full and authentic... View Obituary & Service Information

The family of Rosemary Carswell Sims created this Life Tributes page to make it easy to share your memories.

Send flowers to the Sims family.