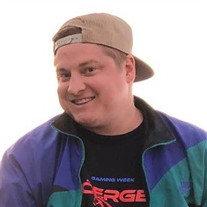 Ryan Gilbert Steele was born on January 15, 1987 to Eldon and Grace Steele in Tyler. He was a beloved son, brother, uncle and friend. Ryan was wealthy, not measured by earthly possessions, but in relationships, service, and lasting memories. His infectious smile and laughter could light up a room and his big hugs welcomed both friends and strangers. He was loyal, humble, encouraging, confident, strong-willed, and a joy to be around. These attributes were apparent as he engaged in his favorite pastimes including his love for playing with babies and children. Truly, “time with Ryan is always well spent.” Ryan became a believer in Christ at a young age. His spiritual life grew deeper and stronger as he studied scripture and kept a personal prayer journal that showed true insight and wisdom. Ryan’s unwavering faith was manifest by service and making himself available to others. He served in missions both locally and abroad; most important to him was Young Life Africa in Zimbabwe. He loved being outdoors and experiencing God’s creation. Now Ryan is experiencing the very presence of his awesome Creator. Ryan was called to his heavenly home while in his sleep on the morning of January 29, 2020. He is survived by his parents, Eldon and Grace Steele of Tyler, by his sister and brother-in-law, Lindsey and Travis Bearden and their children, Titus and Katherine of Tyler, and by his brother, Preston Steele of Dallas. Pallbearers will be Eldon Steele, Preston Steele, Travis Bearden, Samuel Tarry, Ben Emge, Hudson Lewis, Ryan McSwane, and Collin Gillespie. Visitation for Ryan Steele will be held on Friday, February 7, 2020 from 5:00 to 7:00 p.m. at Stewart Family Funeral Home, 7525 Old Jacksonville Hwy, Tyler, TX 75703. The funeral service will be held on Saturday, February 8, 2020 at 10:00 a.m. at Grace Community Church, 3215 Old Jacksonville Hwy, Tyler, TX 75701. Light food and beverages will be served immediately following the service. Please bring your favorite memory of Ryan to share. In lieu of flowers, please donate to www.Africa.YoungLife.org/donate and use the code x433 to designate Zimbabwe as the recipient, or mail your donation to: Young Life, PO Box 70065, Prescott, Arizona 86304 - Memo Line: Ryan Steele, X433.

Ryan Gilbert Steele was born on January 15, 1987 to Eldon and Grace Steele in Tyler. He was a beloved son, brother, uncle and friend. Ryan was wealthy, not measured by earthly possessions, but in relationships, service, and lasting memories.... View Obituary & Service Information

The family of Ryan Gilbert Steele created this Life Tributes page to make it easy to share your memories.

Send flowers to the Steele family.