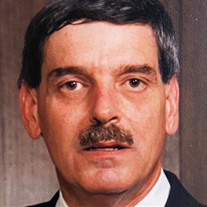 Stephen “Steve” Eugene Lindsey, 69, of Tyler, Texas passed away Thursday, September 3, 2020, at Hospice of East Texas after a sudden decline in his health. Steve was diagnosed in his mid-30s with MS that he quietly struggled with for the remainder of his life. Steve was born May 4, 1951, in Beaumont, Texas. He is preceded in death by his father Edwin William Lindsey and mother Joyce Mowry Lindsey and beloved friend Louis James “LJ” Jones. Steve is survived by his wife of 49 years, Linda Tunnell Lindsey of Tyler; sons Christopher Eugene Lindsey and wife Julie Odom Lindsey of Tyler; Collin Edwin Lindsey and wife Sarah Elaine Lindsey of Tyler; granddaughters Emma Joyce Lindsey and Olivia Gail Lindsey of Tyler; and brother John Scott Lindsey; and many lifelong friends. Steve graduated Robert E. Lee High School, in Tyler, Texas in 1969. After graduating from High School Steve went on to earn his Degree, in Construction Management, from Texas State Technical College in Waco, Texas. Steve was a licensed independent insurance agent for many years. Steve was a member of Marvin United Methodist Church in Tyler. As a child Steve grew up going to Sunday School and singing in the choir. His mother Joyce taught Sunday school for many years. And both his parents were long time members of Friendly Bible Class. Steve and Linda were married at Marvin in January 1971. Steve had a love of all kinds of sports, including football. He played football at Hubbard Middle School in Tyler and at Robert E. Lee High School in Tyler. When his sons were younger, he enjoyed watching them play baseball and football in middle school and high school. He always looked forward to Monday night football. Steve also coached little league baseball for his son’s teams when he and his family lived in Richardson, Texas during the seventies and early eighties. Steve was a natural sales man who always enjoyed talking to people. He never met a stranger. Steve will be missed by all who knew him. A Celebration of Life Service will be planned for a later time at Stewart Family Funeral Home, in Tyler, Texas. In lieu of flowers, memorials may be made to The Hospice of East Texas. To Everything There Is a Season Ecclesiastes 3:1-8 1To everything there is a season, and a time for every purpose under heaven: 2a time to be born and a time to die, a time to plant and a time to uproot, 3a time to kill and a time to heal, a time to break down and a time to build, 4a time to weep and a time to laugh, a time to mourn and a time to dance, 5a time to cast away stones and a time to gather stones together, a time to embrace and a time to refrain from embracing, 6a time to search and a time to count as lost, a time to keep and a time to discard, 7a time to tear and a time to mend, a time to be silent and a time to speak, 8a time to love and a time to hate, a time for war and a time for peace.

Stephen &#8220;Steve&#8221; Eugene Lindsey, 69, of Tyler, Texas passed away Thursday, September 3, 2020, at Hospice of East Texas after a sudden decline in his health. Steve was diagnosed in his mid-30s with MS that he quietly struggled with... View Obituary & Service Information

The family of Stephen "Steve" Eugene Lindsey created this Life Tributes page to make it easy to share your memories.

Send flowers to the Lindsey family.