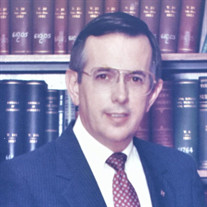 Services for Thomas Earl Richards, 78, of Tyler will be held on Saturday, November 21, 2020, at 3:00 p.m. at Rose Lawn Cemetery with Tom Alden officiating under the direction of Stewart Family Funeral Home. Mr. Richards passed away Wednesday, November 18, 2020, in Tyler. He was born July 1, 1942, in Houston to Forrest Richards and Maxine Williams Richards. Tom was a member of Green Acres Baptist Church. He graduated from Aldine High School and SMU School of Banking. He had a 47 year career in banking beginning as a teller at age 17, working his way up to Vice President, Trust Department Manager, President, and CEO through hard work and dedication. He worked at five banks throughout Texas: Humble State Bank, Northeast Houston Bank, Lufkin National Bank, First City Tyler, and Regions Bank in Tyler and Longview. He served on numerous boards including Lufkin Memorial Hospital, East Texas Medical Center Tyler, United Way, multiple church finance committees, and Tyler Chamber of Commerce. He was a member of the Rotary Club and volunteered for the mentally disabled in Longview. Tom was known by those who worked with him and for him as a man of humility, honor, and integrity. His character always gained him respect. When he was diagnosed with a rare liver disease in 1992, he spoke to his colleagues about the peace he felt from Jesus Christ, knowing that God would take care of him. God did take care of Tom, who received a liver transplant in 1993 and a kidney transplant in 2010 at Baylor Medical Center. In 1993 only three hospitals in the U.S. were performing liver transplantations. Tom was a 27 year transplant survivor because he was disciplined to take care of his health every day and follow the guidelines concerning his health. Tom was preceded in death by his mother and father. He is survived by his loving family including his beloved wife of 53 years, Gwen; his daughter Jennifer R. Alden and husband Tom of Rockwall. He has four grandchildren; Matthew Whitaker of Irving and Claire, Chloe, and Cate Alden of Rockwall. He is also survived by his brother, James Richards and wife, Desta of Conroe and sister Kathy Napoleon of Pearland. He has one niece and three nephews. If desired, memorials may be made in memory of Tom to Samaritan’s Purse, P.O. Box 3000, Boone, NC, 28607; PATH, 402 W. Front St., Tyler, TX 75702; or Wounded Warrior Project, 4301 Fillbrook Lane, Tyler, TX 75707. The family also encourages those who can to register to be an organ donor.

Services for Thomas Earl Richards, 78, of Tyler will be held on Saturday, November 21, 2020, at 3:00 p.m. at Rose Lawn Cemetery with Tom Alden officiating under the direction of Stewart Family Funeral Home. Mr. Richards passed away Wednesday,... View Obituary & Service Information

The family of Thomas Earl Richards created this Life Tributes page to make it easy to share your memories.

Services for Thomas Earl Richards, 78, of Tyler will be held...

Send flowers to the Richards family.