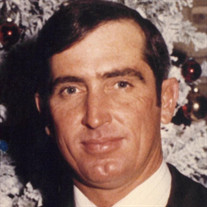 Mt. Sylvan – On August 13, 2021, Tommy Crawley, loving husband, father, and grandfather went to be with the Lord at the age of 78. He was born October 30, 1942, in Tyler, Texas to Mary Ellen and Johnny Crawley. At the age of nine, he gave his life to Jesus and became a member of Calvary Baptist Church in Tyler, Texas. Tommy was a 1961 graduate of John Tyler High School. After high school, he attended Tyler Junior College and later started and developed alongside his wife a lifelong Agricultural Business consisting of livestock and hay production. In 1966 Tommy was the Tyler Jaycees nominee for Smith County’s Outstanding Young Farmer at the state competition in Abilene, Texas. He also worked for several years for Atlantic-Richfield as a contract lease operator. He was a long-time resident of Mt. Sylvan, Texas and attended Mt. Sylvan Baptist Church for many years with his family where he made numerous lifelong friendships. On January 21, 1964, he married Lynn King in Gilmer, Texas. After seventeen years of marriage, they had one beloved daughter Tammy. In his later years, he enjoyed spending time with his family and working with his daughter and son-in-law on his family farm, and doting on his precious granddaughter Madison. In addition to spending time with his family, he was always welcoming and elated to catch up with friends and neighbors that stopped by. Tommy was proceeded in death by his father Johnny Crawley, his mother Mary Ellen Crawley, and brother John Larry Crawley. He is survived by his loving family, wife Lynn Crawley; daughter Tammy Miller; son-in-law Jacob Miller; and granddaughter Madison Miller; as well as numerous nieces and nephews; and grand nieces and nephews. Visitation will be held on Wednesday, August 18, 2021, from 5:00 p.m. – 7:00 p.m. at Stewart Family Funeral Home, 7525 Old Jacksonville Highway, in Tyler. Graveside services for Tommy are scheduled for 11:00 a.m. Thursday, August 19, 2021, at Mt. Sylvan Cemetery in Mt. Sylvan. Honorary Pallbearers will be Frank Payne, Brooks Beeler, Jacob Miller, and Brandon Crawley.

The family of Tommy Gene Crawley created this Life Tributes page to make it easy to share your memories.

Send flowers to the Crawley family.