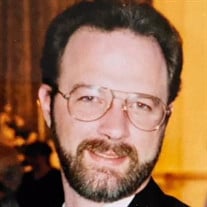 A celebration of the life of Troy Nathan “Bobby” Bell, 58, of Tyler will be held on Friday, February 14, 2020, at 2:00 p.m. in the Stewart Family Funeral Home Chapel with James Chambless officiating. An inurnment will take place at a later date at Tyler Memorial Park in Tyler under the direction of Stewart Family Funeral Home. Mr. Bell was called to his heavenly home on Monday, February 10, 2020, in Tyler. He was born October 26, 1961, in Texarkana, Texas, to Ollie Newton Bell and Janet Louise Elwood. Troy grew up in Texarkana and graduated from Texas High School in 1980. He followed his passion for radio at the age of 16, starting out making announcements over the P.A. system in high school. He went on to be a radio personality at KTFS in Texarkana, followed by KYKX in Longview and to KNUE in Tyler. He then moved to 104.1 in Tyler, followed by Aggie 96.1 in College Station before returning to 104.1 and starting his own production company. Working in broadcasting for 25 years, he guided a number of radio stations across Texas to number one status in the Arbitron ratings and was featured several times in R&R and Gavin magazines. He was known for his voice work, TV audio, concert promos and radio production work for many regional and national organizations. Troy’s steadfast love of family and friends is exceeded only by his love for the Lord. A man of diverse interests and talents, he was equally fond of car racing and fishing, was a computer whiz, could produce a fantastic fireworks show, skillfully repaired just about anything that was broken, and loved traveling in Alaska. Troy was preceded in death by his grandparents. He is survived by his loving family including his wife, Ginger Bell; his father, Ollie Bell of Texarkana, TX; his mother, Janet Elwood of Little Rock, AR; his “adopted” son, Sakhairi Maddox of Dallas; his siblings, Vicki Bell of Houston, Austin Bell of West End, WI, and Robin Bell and wife Peggy of Maud, TX; sister-in-law, Gayla Amerman of Dallas; extended family, Brad and Paula Lough of McKinney, Rocky and Carrie Gill of Tyler; special friends, Leon and Karen Coble; and his radio family. Honorary pallbearers will be Brad Lough, John Smith, Ronny Reynolds, Ricky Reynolds, Austin Ollie Bell, Robin Scott Bell, Leon Coble, Rocky Gill, Ollie Bell, Sakhairi Maddox, and Jackson Lough. Visitation is scheduled from 5:00 to 7:00 p.m. on Thursday, February 13, 2020, at Stewart Family Funeral Home, 7525 Old Jacksonville Highway in Tyler. If desired, memorials may be made to The Brook Hill School Fine Arts Building Fund, 1051 N. Houston St., Bullard, TX 75757

A celebration of the life of Troy Nathan &#8220;Bobby&#8221; Bell, 58, of Tyler will be held on Friday, February 14, 2020, at 2:00 p.m. in the Stewart Family Funeral Home Chapel with James Chambless officiating. An inurnment will take place... View Obituary & Service Information

The family of Troy Nathan "Bobby" Bell created this Life Tributes page to make it easy to share your memories.

Send flowers to the Bell family.