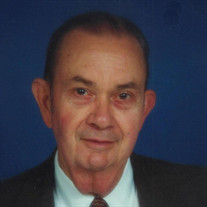 William Upton Beall of Tyler, Texas has gone to be with the Lord, leaving behind a legacy of honor that spans across Texas, Arkansas, and Virginia. He died at age 93 in Tyler on June 11, 2020, due to complications from Parkinson’s disease. Upton is survived by his beloved wife of 62 years, Trixie McClung Beall; his daughter, Trixie Beall Carlock (David); his granddaughters, Cameron “Camie” Nancy Carlock and Georganna “Happy” Beall Carlock Madden (James); and his brother, Allein Beall, III. He was preceded in death by his parents and his sister, Cornelia Coolidge Beall Graham Hockridge. Upton was born to Elizabeth and Allein Beall, Jr. in Helena, Arkansas on December 23, 1926. He attended Helena High School, where he was valedictorian of his graduating class, editor of his school newspaper, and a proud member of Delta Sigma fraternity. Upton’s childhood friendships in Helena deeply rooted and sustained him throughout his life. After graduating from high school in 1945, Upton enlisted in the United States Army. Following his service in World War II, Upton attended Washington and Lee University in Lexington, Virginia, where he made lifelong friends and developed a steadfast commitment to the mission of the University. A member of the Sigma Chi fraternity and Omicron Delta Kappa honor society, Upton Beall graduated Phi Beta Kappa from W&L in 1951 with a Bachelor of Arts degree. Upton dedicated many years of his career to W&L. He served on the Alumni Board of Directors, his 50th and 60th reunion class committees, the Lee Chapel Campaign Committee, the George Washington Society, and W&L’s first two capital campaigns. His love for W&L was so contagious that both of his granddaughters followed in his footsteps, graduating from the University. Upon graduation from W&L, Upton worked with State-Planters Bank and Trust Company in Richmond, Virginia. He then made his way to Dallas, Texas, where he served as President of Plymouth Properties, Inc. and developed the first residential subdivision in Irving, Texas. Upton moved to Tyler, Texas in 1955 to join J.C. Wynne, Sr. in developing suburban neighborhoods. Upton was President of Robinwood Building and Development Company and a Senior Residential Appraiser for over six decades. He built and developed Robinwood, Wynnewood Heights, Brynmawr, and Cavalier Terrace additions. Upton was not only a homebuilder—he was also a community builder. His legacy can be traced through every corner of Tyler. He served as President of the Texas Rose Festival in 1988 and President of the Order of the Rose in 1972. He was a member of the National Association of Independent Fee Appraisers, Tyler Board of Realtors, Smith County Appraisal Board, Texas Realtors Association, National Association of Real Estate Boards, Tyler Home Builders Association, Texas Home Builders Association, and National Association of Home Builders. Upton served on the Board of Directors of Medical Center Hospital and American National Bank. He was also a member of the Tyler Area Chamber of Commerce and instrumental in the formation of The University of Texas at Tyler. He served on numerous civic, educational, and philanthropic committees including the City Planning & Zoning Commission, President of Tyler Museum of Art, President of Tyler YMCA, Chairman of Tyler Public Library Board, Board of Directors of Willow Brook Country Club, Board of Directors of Tyler Petroleum Club, and the Advisory Board of Mother Frances Hospital. Upton loved Tyler, and Tyler was better because of it. For all of his life, Upton was a man of deep faith who dedicated his life to serving God and his neighbors. Upton was a devoted member of the Episcopal Church, from his childhood years as an acolyte at St. John’s Episcopal Church in Helena, Arkansas, to his adult years as Senior Warden, Acolyte Master, and Vestryman at Christ Episcopal Church in Tyler, Texas. He also gave his time and resources to help revitalize St. John the Baptist Episcopal Church in Tyler with his spiritual counselor and friend of many decades, the Very Reverend ML Agnew, Jr. Upton enjoyed membership in Willow Brook Country Club, the Deck Club, and the Friday Night Dinner Club, of which he was a founding member. Upton was also a world traveler who loved exploring history and culture across six continents. But perhaps his fondest travel memories were shared with his grandchildren in Seaside, Florida. Upton’s family has been blessed by his many friends and neighbors who cheerfully sustained him in recent years. His skilled doctors cared for him with compassion and dignity. But his greatest lifeline in his last four years of life was his best friend and caregiver Ruth McGee, who always put a smile on his face. Memorials, if desired, should be made for the benefit of Christ Episcopal Church, 118 South Bois d’Arc, Tyler, TX 75702 or the Upton and Trixie Beall Family Scholarship Endowment, Washington and Lee University, Office of University Development, 204 W. Washington St., Lexington, VA 24450. This humble man of honor was an outstanding businessman, friend, and family man. He was a man who never thought of himself or sought after recognition, yet others loved to recognize him for the fruits of his labor. We cannot help it because perhaps, deep down, we all want to be more like him. A private memorial service celebrating Upton’s life will be held at Christ Episcopal Church in Tyler on June 16, 2020 at 11:00 AM. Due to capacity limits during the pandemic, the service will be live streamed at christchurchtyler.org.

William Upton Beall of Tyler, Texas has gone to be with the Lord, leaving behind a legacy of honor that spans across Texas, Arkansas, and Virginia. He died at age 93 in Tyler on June 11, 2020, due to complications from Parkinson&#8217;s disease.... View Obituary & Service Information

The family of William Upton Beall created this Life Tributes page to make it easy to share your memories.

William Upton Beall of Tyler, Texas has gone to be with the Lord,...

Send flowers to the Beall family.