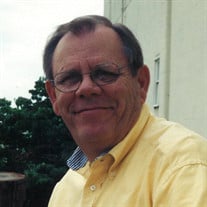 Services for William “Bill” Orville Buttram III, 76, of Flint will be held on Friday, August 27, 2021, at 10:00 a.m. at Broadway Church of Christ with Jim Laws officiating. Burial will follow at Post Oak Cemetery in Malakoff under the direction of Stewart Family Funeral Home. Mr. Buttram passed away Monday, August 23, 2021, in Tyler. He was born December 14, 1943 in Clarksville to William Orville Buttram II and Jimmie Robnett Buttram. He graduated from Sunset High School in Dallas in 1962, and enrolled at Arlington State College which subsequently became The University of Texas at Arlington. He first graduated from UTA in 1967, with a Bachelors in Business Administration and again in 1982 with a Masters in Business Administration. Bill started his career as an auditor with the Texas State Comptroller’s office. He fell in love with his boss’s secretary, Anita June Tucker, and they married in 1969. Shortly after the adoption of their only son, Jonathan, he returned to his alma mater and served as the Associate Director of the Business Office at UT Arlington. He retired in 2005 after 33 years of service. He served in the Texas Air National Guard, achieving the rank of Senior Master Sergeant in the 136th Communications Flight of the 136th Tactical Airlift Wing based in Dallas. He retired from the National Guard in 1990 after almost 24 years of service. He was a long-time member of the Church and worshiped at the Broadway Church of Christ in Tyler since 2016. Bill was a voracious reader and most enjoyed history and historical fiction. He loved to play games, especially card games, Scrabble, and Trivial Pursuit. He was also a lifelong sports fan, with particular interest in baseball and golf. Bill was preceded in death by his wife of 44 years, Anita Tucker Buttram. He is survived by his loving family including his son, Jonathan William Buttram; daughter-in-law, Angela Hope Buttram; grandson, Nicholas John Buttram; granddaughter, Alexandra Hope Buttram; and his younger brother, James Dot Buttram; as well as many extended family members and lifelong friends. If desired, memorial may be made to the National Down Syndrome Society, 8 East 41st Street, 8th Floor, New York, NY 10017 (www.ndss.org).

Services for William &#8220;Bill&#8221; Orville Buttram III, 76, of Flint will be held on Friday, August 27, 2021, at 10:00 a.m. at Broadway Church of Christ with Jim Laws officiating. Burial will follow at Post Oak Cemetery in Malakoff under... View Obituary & Service Information

The family of William "Bill" Orville Buttram III created this Life Tributes page to make it easy to share your memories.

Send flowers to the Buttram family.