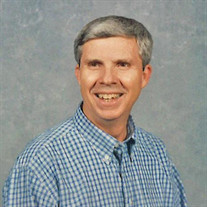 Bill Cornett passed away on January 12, 2022. Bill was born on February 7, 1942, in Monroe, Louisiana. He graduated from Ouachita High School in 1960. He attended Northeast State University in Monroe and received a Bachelor’s degree in Business Administration. He enlisted in the Army in 1966, was stationed at Fort Jackson in Columbia, South Carolina, for three years, and reached the rank of First Lieutenant. After leaving the Army, Bill worked at Texas Instruments for 23 years, both in Dallas and later in Austin, as the Manufacturing Manager for their printed circuit board shop. After moving to Tyler in 1995, Bill was employed by the Texas Engineering Extension Service as a Field Engineer, and worked with small manufacturing companies in the East Texas area. Bill married the love of his life, Cindy, on July 11, 1987, and enjoyed 35 wonderful years of marriage with her. Bill had a strong faith in his Lord and was an active member of St. Francis Episcopal Church. He served on the Vestry and was involved with the Men’s Group, the Church Under A Bridge ministry, Bible studies, and many other activities. He loved his church family and enjoyed greeting them at the door on Sunday mornings. He was loved and admired by all. Bill is survived by his brother, Jack Cornett of Monroe, Louisiana; his niece, Stacey Christmas and her husband, Chris; and her children, Cayli and Caleb Christmas of Bastrop, Louisiana. In lieu of flowers, the family requests memorials be made to St. Francis Episcopal Church, 3232 Jan Ave., Tyler, TX 75701 (www.stfrancistyler.org). The Memorial Service will be held on Saturday, March 26, 2022 at 1:00 p.m. at St. Francis Episcopal Church, Tyler. A reception in the church Parish Hall will follow the service.

Bill Cornett passed away on January 12, 2022. Bill was born on February 7, 1942, in Monroe, Louisiana. He graduated from Ouachita High School in 1960. He attended Northeast State University in Monroe and received a Bachelor&#8217;s... View Obituary & Service Information

The family of William "Bill" Cornett created this Life Tributes page to make it easy to share your memories.