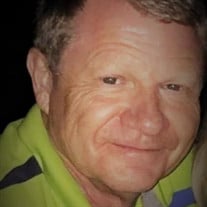 William “Bill” Stevens, Jr., age 70, passed away June 26, 2021 in Tyler, Texas, due to Covid-19. He was the husband of Kathryn Yates Stevens, his high school sweetheart. They shared 47 years together. Born in Springhill, Louisiana in 1951, he was the son of Williams Stevens, Sr. and Maxine Matthews Stevens, and the brother to Beth and Kay. From an early age, he was the spitting image of his father, with blue eyes and blond hair that earned him the nickname of “Whitey” and an aptitude for working with his hands. Like many big brothers, he had a fondness for annoying his sisters, and took great delight in taking apart his sisters’ dolls to see how they were made…of course, he never quite mastered how to put them back together again. Although an insurance agent by trade, he was an avid music lover and musician, and began playing drums with Living Proof, a band he joined in high school. During this time, he met the love of his life, Kathy, and a 50-year long love affair began. He continued playing with Living Proof into his 20’s until parenthood called and in 1976, he became a doting father to his eldest child and only son, Toby. Soon to follow were two daughters, Kacey in 1978, and Keri in 1981. Bill and Kathy decided to move their family from Springhill to Alexandria, Louisiana, when Bill was offered an agency manager position with Farm Bureau Insurance. He served as agency manager for over 20 years and became a well-known and respected businessman in his community. Bill shared his love of music with his children (whether they wanted it or not) and music became woven into everyday life and countless childhood memories. Over the years, he became infamous for his “Sound System by Stevens” and his music speakers installed in every room…of every one of the multiple houses bought and sold over the years. Every Christmas season (which really began in October because he loved Christmas), he recorded Christmas CD’s for friends, family, and neighbors. He was the “go to” man for parades, always willing to record the music mix and, of course, volunteer his ever-present Suburban to tow high school homecoming floats or dance studio floats. In his spare time, he loved buying old boats and restoring them. It was a common sight to see him puttering around an old boat parked in the driveway, measuring, sawing, drilling… a satisfied smile on his face. As retirement age approached, Bill and Kathy decided a change of scenery was in order, so they began a new adventure in Tyler, Texas where his youngest daughter, Keri, and her family live today. Bill and Keri started a small business: Outdoor Freedom. That business is still going strong today. Bill was a dedicated member of New Life Worship Center in Tyler, Tx and he and Kathy faithfully served as group leaders in the church. In his free time, Bill loved spending time with his grandchildren, fishing, camping, and boating. Bill will be remembered as a loving son, brother, husband, father and grandfather. He is survived by his wife, Kathy, their three children, seven grandchildren, Elijah, Enoch, Gus, Colin, Drew, Liam, Landon, a great-grandchild, Micah, his mother, Maxine, and his sister, Beth. He is preceded in death by his father, William Sr., and his sister, Kay. The memorial service will be held on Friday, July 30, 2021 at 2:30 p.m. at New Life Worship Center in Tyler, Texas. A hometown tribute and celebration of life will be held August 6, 2021 in Springhill, Louisiana at Central Baptist Church. Bill left his loved ones well before his time. To honor his memory, his family asks that in lieu of flowers or donations, all of those who are able: Please get vaccinated against the Covid-19 virus to protect yourselves and to protect others. “Let not any one pacify his conscience by the delusion that he can do no harm if he takes no part, and forms no opinion. Bad men need nothing more to compass their ends, than that good men should look on and do nothing…” --John Stuart Mill “Do nothing out of selfish ambition or vain conceit, rather, in humility value others above yourselves” --Philippians 2:3

The family of William Delaney Stevens Jr. created this Life Tributes page to make it easy to share your memories.

Send flowers to the Stevens family.